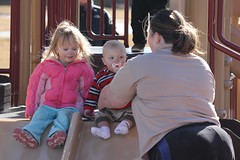 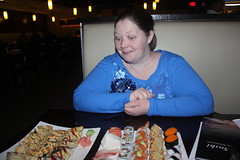 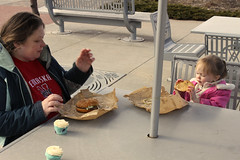 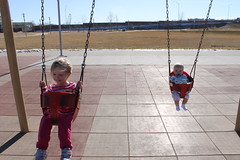 It’s the middle of January, but we’re experiencing some extraordinarily gorgeous weather, with daytime highs hovering around 50 degrees. This meant we got to take Hannah and Aaron to the park for the first time this year, taking full advantage of swings, slides, and even a picnic lunch, with cupcakes courtesy of Jones Bros. There may be plenty of snow and sub-zero temperatures before summertime, so we’ll take days like these while we can get them. 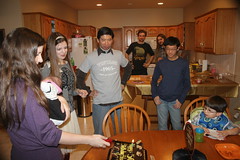 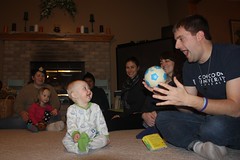 On Saturday, our “old” friend Hugh crossed the half-century mark and turned 50 years old. We hadn’t visited the Kam family since the 2012 Super Bowl, so a visit was long overdue. The party itself was allegedly a surprise, with Hugh running errands throughout the afternoon and returning to find friends, a cake, and about fifty babies crawling all over the place. Yes, we had our usual gang of friends dropping in for birthday wishes as well, but our offspring seemed to take over, with happy babies laughing at balls, impromptu tower-building, and some certain flirtations on the couch that nearly got out of hand. We also got to see the Kam’s latest addition to the family (with her eyes open for the first time). 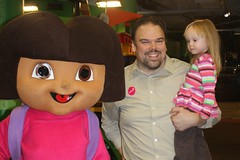 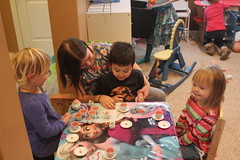 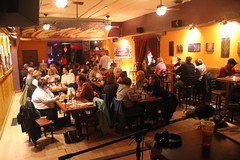 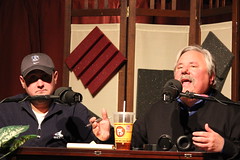 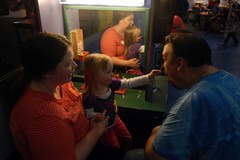 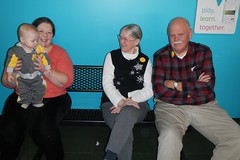 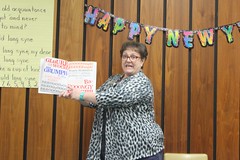 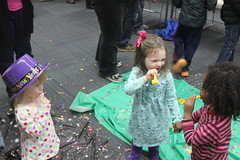 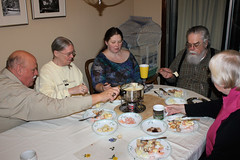 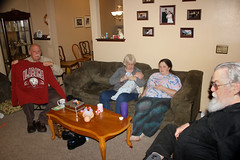