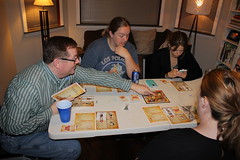 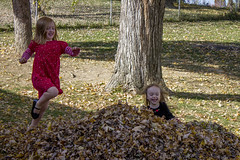 Fall weather in Nebraska is continuing to be awesome. I’ve been riding my bike to work and having plenty park time with the kids. On Saturday, Kate had another game night, so Hannah and Aaron got to play with Kate’s three kids as the rest of us tried to figure out a game Mark brought called High Noon Saloon over tacos. Good times. Then after church, the leafy fun continued as Hannah and Aaron got to practice diving into a pile of the raked-up foliage with Chloe. 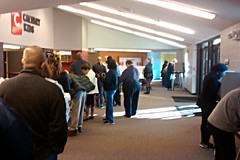 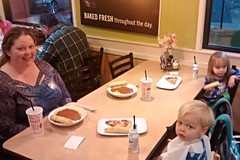 Then on Tuesday was Election Day. I don’t know if you’d heard, but some guy named Donald Trump wound up getting elected President. I kicked the day off voting as soon as the polls opened, at which point there was already quite a line. Vivian gave the kids an Election Day Picnic out on our lawn for lunch. Then, as a part of voting, I got to have some free spaghetti down at Fazoli’s. I invited Vivian and the kids along and we made an evening meal of it before heading home.

After putting the kids to bed, I broke open a bottle of Port to settle the nerves before watching the election returns. I, along with pretty much all the polls, expected Hillary Clinton to be our next President, so it was with great surprise that I turned the TV on to see The Donald doing far, far better than anyone expected. We stayed up past midnight as votes continued to be counted, but as Pennsylvania remained “too close to call” we went to bed expecting long recounts to continue. Then, right before we went to sleep, we heard fireworks outside. Puzzled, we returned to the TV to see Pennsylvania had been called for Trump, he’d won the 270 necessary electoral votes, and was going to become our next President. 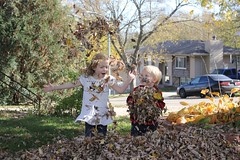 I’m kind of glad I stayed up to watch that moment live, and I was even greater that I’d taken off the next day from work, as I had pretty much no sleep by the time dawn came around.

I got to have a lovely leafy time the morning after with the kids in the front yard. The weather’s continued to be gorgeous, and I hope we’ll be able to enjoy more and more of it before winter finally comes.

Eight years ago, I remember the cultish glee that followed Barack Obama as he went from Senator to President within four short years. I saw him as an inexperienced, big-government politician who was thick on rhetoric and light on ideas, but what bothered me most was the abject worship of the guy. I see much the same in Donald Trump, but everything surrounding him is upside down — the left sees him as #LiterallyHitler, while the right remains split between #NeverTrump (because he’s not a conservative) and #NeverHillary. I remain in the firm position to remain happy in life regardless of who occupies the White House and remain friends with those who vote differently than I do.

That said, this has been one of the most amazing election cycles of my lifetime, and it’s not just because of the historical upset that came at the end. I got to meet many cool people over the past year and a half, including candidates, their supporters, Republicans, Democrats, and even Greens. I feel privileged to have been able to get this close to our electoral process and getting to meet so many different candidates. Over the past year, I’ve personally met the next President, seen the sitting President, and shaken hands with a former President. And I’m just a nobody from Nebraska. 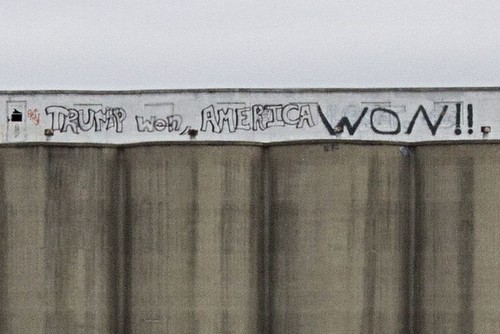