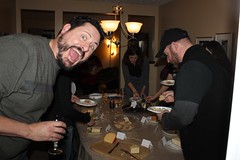 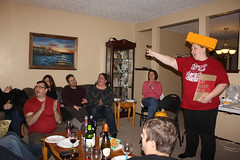 Over the weekend, Hannah and Aaron had a sleepover at Grammy and Pop-Pop’s house while Vivian and I held our biennial Cheese Party, a tradition we kicked off way back in 2009. This year had a new stipulation of no domestic cheese, primarily to stave away anyone bringing a block of Kraft Sharp Cheddar or store-brand Havarti. We had a fun selection of cheeses this season, including a pesto gouda from the Netherlands, sweet cheddar from Ireland, beer cheese from Great Britain, a super-stinky reblechon from France, and this year’s winner, a caramelized Ski Queen cheese from Norway (AKA gjetost).

Our usual gang of cheesy friends joined us for the cheese, some wine, and some cheesy jokes, topped off with some Telestrations at the end. We still haven’t broken out our copy of Cheesy Parcheesi. Maybe next time. Congratulations to Libby for her winning cheese, Tamra for her winning wine, and Frank for his cheesy jokes! 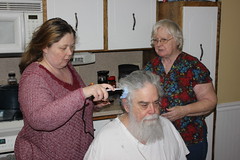 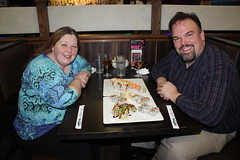 Later in the week, Vivian got to try out the pair of clippers she got for Christmas on Pop-Pop, giving him her very first haircut. Hannah and Aaron also went to the dentist for their annual check-ups and performed like champs.

Then on Thursday, Vivian and I celebrated our tenth Sushi Anniversary. Back in 2007, after having sushi at Sakura Bana, Vivian asked me on the way to JNO if I wanted to “make it official.” Every year since then, we’ve found a way to celebrate the occasion with sushi. This year, we went to Sakura Sushi & Hibachi in Council Bluffs, where they had the typical assortment of sushi and appetizers, along with some delicious tempura cheesecake for dessert. Half their restaurant is also a hibachi grill, and Vivian very much wants to come back to watch their entertaining chef preparing food right in front of us. 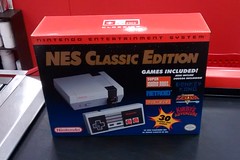 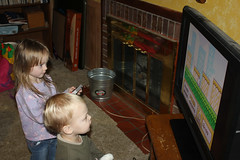 One other bit of fun we had over the weekend involved my finally getting an NES Classic Console. I had to use Brickseek.com to send me an alert when the local Target had one in stock. Then I had to wait out front right before opening to get inside and grab one of the THREE units they had in stock that morning. I have it a good test-run that evening, and I even let Hannah and Aaron play with it a bit (Kirby’s Adventure seems to be Hannah’s favorite). It’s a good deal for $60, but I can’t imagine paying $300 to a scalper to get this thing. There are lots of fun games that all play just the way you’d expect, and the controller’s infamously short cord isn’t as much of an issue as I expected. The only real problem I had was with saving a game’s progress. There’s room for four save slots with each game, but it’s very easy to hit the wrong button and have your progress wiped out. 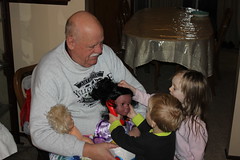 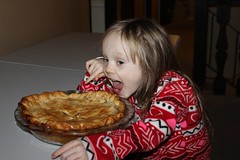 We had a little more fun over the weekend when my mom and dad and Uncle Jonny came over Saturday night to have some pizza and watch What’s My Line. It was mostly fun just to have someone for the grandkids to play with other than mommy and daddy for a change. Then on Sunday, Mommy helped Hannah make her very first Apple Pie, which we all got to have for dessert after dinner.

Now, to wrap up, here’s a rundown of all ten years of our Sushi Anniversaries! Thank you for all the wonderful years of being “officially” yours, Vivian! 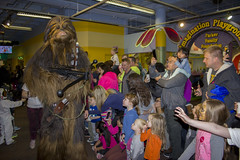 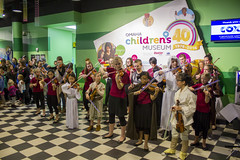 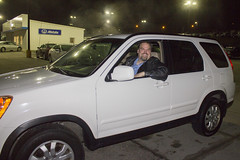 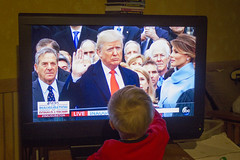 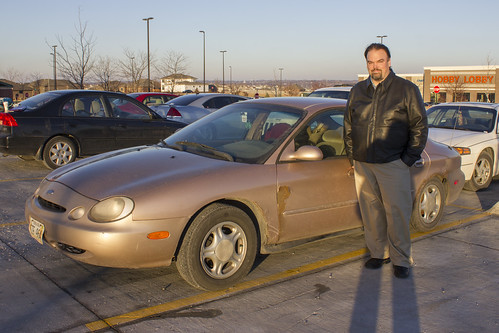 It’s hard to total up just how many memories I have with this little 97 Ford Taurus. I drove it to my very first job. I had it when I picked up Vivian for our very first date. We were both in that car when we “made it official” a little over a month later. I drove it from Lincoln to Omaha all throughout our dating relationship. We drove off in it after our wedding. This last year, I rode my bike to work hoping to extend the life on it just a little longer, but now it’s got a leaking head gasket, the cost of which is significantly more than the car’s retail value. That means it’s time to let it go to that great scrapyard in the sky.

It’s strange to have such sentimental value for an inanimate object, but all the memories this little car carries with it are from some of the best times of my life. Farewell, Beige Bomber. You’ll live on in our hearts (and in this blog) forever. 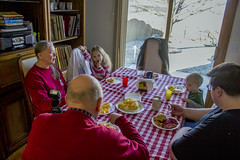 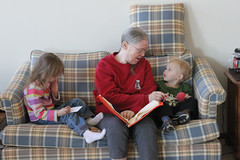 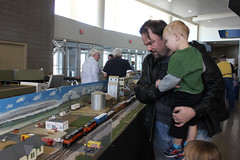 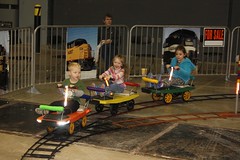 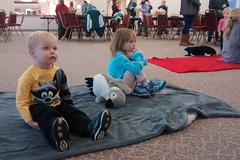 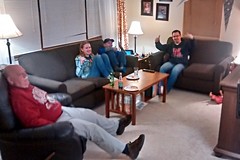 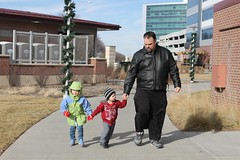 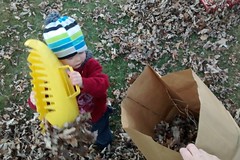 Happy New Year, everyone! We had a lovely welcome into 2017 with a quiet week between Christmas and New Year’s Eve. I had time to enjoy some of my Christmas presents, such as ingredients for some Moscow Mules and an egg patty maker for my breakfast sandwiches. The weather has also been wonderfully accommodating — warm enough to rake some leaves or take one last trip to the park (for cupcakes). 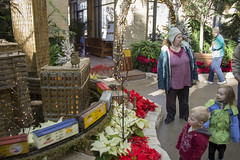 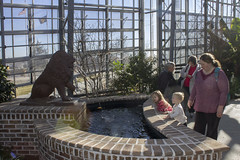 Lauritzen Gardens also had free admission through the end of 2016, so I took a long lunch break and went to visit with Vivian and the kids on Thursday. We’ve been to the gardens in the spring, fall, and now the winter, and every time it’s a different experience. This time, there were winter flowers inside along with a giant poinsettia Christmas tree. The train sets had also been moved inside for the season, which Aaron was naturally fascinated with. We didn’t expect much to be in bloom outside (other than a Christmas tree or two), so we had a long walk through the greenhouse before we left. 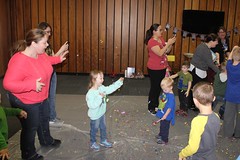 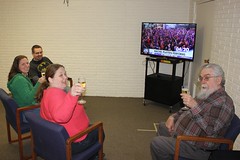 Then on New Year’s Eve, we celebrated a countdown at the Bellevue Library. Mrs. B, who has since retired, got roped into introducing a few of the new books for 2017 to the cluster of children gathered there. Then we threw confetti and blew party whistles to ring in the New Year (which was happening someplace over Uzbekistan at the time).

Then that evening we went to Twin Valley Church to have a game night with a few of our friends as we counted down toward the new year. We played a couple rounds of Telestrations and Apples to Apples while eating our standard New Year’s feast of chips and dip, washing it down with sparkling cider (in champagne flutes) as the ball dropped in New York City. We packed things up and returned home in time to celebrate 2017 in the Central Time Zone before heading off to bed.

I had an extra day off on Monday to relax as the kids played inside and Vivian and I went out to lunch at Beijing Tokyo. The holidays seemed to linger a bit as we left our tree and lights up long enough to get some pretty pictures of them with my new tripod, but it’s about time to say goodbye to Christmas and then hello to January. At least there’s a Cheese Party involved. 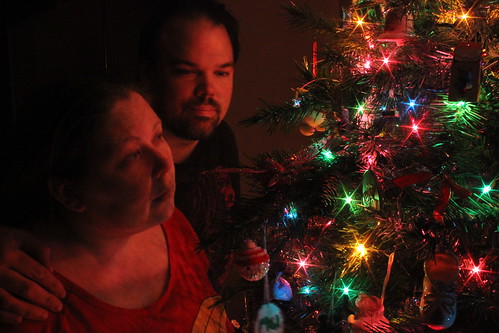