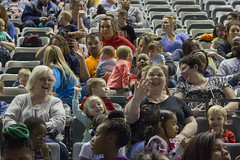 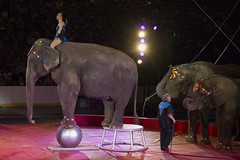 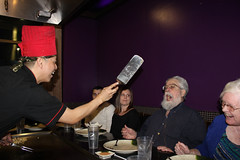 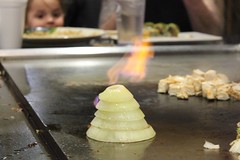 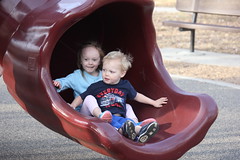 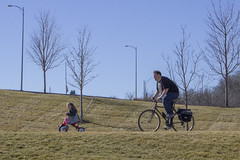 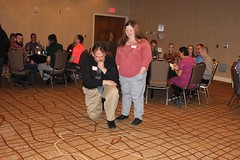 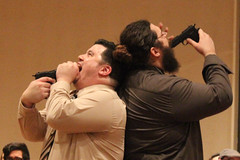 It’s hard to believe, but Vivian and I have been celebrating Valentine’s Day together now for an entire decade! This year, we celebrated a bit early with a Murder Mystery Dinner at the Cornhusker Hotel in Lincoln hosted by the Dinner Detectives. The evening consisted of a multi-course dinner with “performances” by a few actors playing detectives, murder victims, and also guests at a few of the tables in the ballroom. As expected, our job was to try to figure out “who dunnit” throughout the course of the evening (which we didn’t), but it was more fun just to watch the funny antics of the actors throughout the night.

We were asked to invent fictitious roles to play throughout the night, so I pretended to be an IT consultant named Roy Trennaman (complete with an Irish accent throughout the evening). I actually got to be a part of the show as I was called upon to take pictures of the murder victim and some of the more suspicious patrons of the dinner event. Somehow, I also wound up being the prime suspect when it came time to guess the culprit. 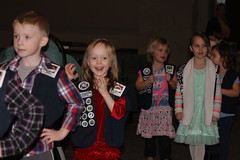 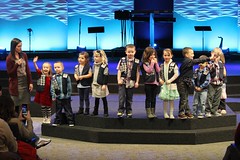 On Sunday night, Hannah and her little friends at Rainbows had their mid-year presentation for the parents, so Vivian and I went down with Aaron to watch her and her class sing a song for the grown-ups and show off their badges before getting sugared up in the auditorium afterward. My little girl’s growing up so fast. 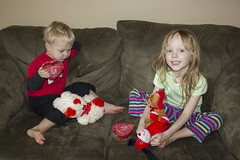 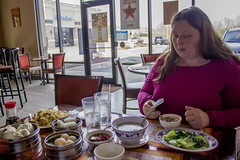 Tuesday, of course, was Valentine’s Day. I kicked off the morning making Vivian some Valentine’s Quiche (with Hannah helping to crack eggs). Then when I was in the shower, Vivian made me a bagel with salmon that she smoked herself, so we had a lovely, protein-packed breakfast together.

Later that day, I dropped back at the house for lunch with flowers for Vivian and Hannah (and Aaron). Grandma Johnson then watched the kids as Vivian and I went out for Dim Sum at the Sina Way Chinese restaurant down on Capehart. I was actually scared at first when our server gave us a menu that had only generic Chinese food one could find at any Hy-Vee, but then she gave us their actual Dim Sum menu when it became apparent we were confused. We got to have tasty steamed BBQ pork buns, dumplings, pan-fried turnip cakes, congee, and many of the other things we’d had at the Golden Mountain with our friends Phil and Jen not long ago. We learned later that our server actually knows Phil and Jen, as her husband is the general contractor on the house they’re building, and she seemed somewhat impressed that Vivian and I actually wanted the “traditional” Chinese dim sum instead of the more generic fare on the first menu. That’s one thing I love about Vivian is how we both like trying new things.

We finished off the day with dinner at Chick-Fil-A, which gave the kids a chance to burn off some energy in the play area in-between eating Mor Chikin. It was another happy, successful Valentine’s Day, and it made me want to look back at the past decade and all the other wonderful Valentines Days we’ve shared together. Speaking of which, here are a few. 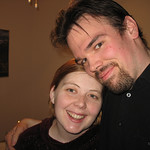 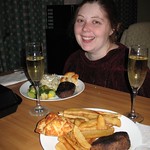 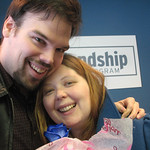 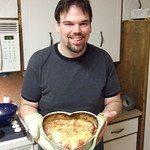 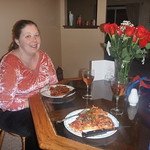 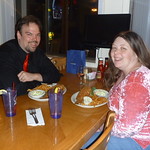 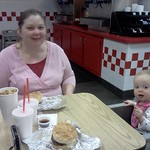 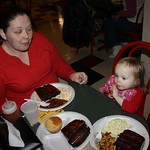 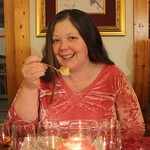 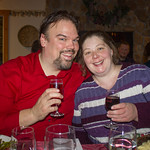 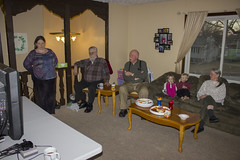 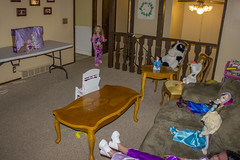 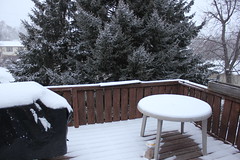 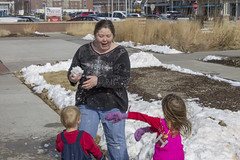