The Presidential Election has been over for about six months. So what on earth are Scott Walker and Bernie Sanders doing in Omaha? Why, they’re both campaigning for Jean Stothert and Heath Mello as they both run for Mayor. It’s an election that has apparently garnered national attention for no better reason than the Democrats are hoping for a win somewhere. Anywhere. Even in Omaha. 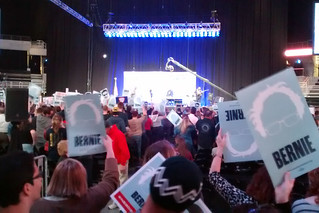 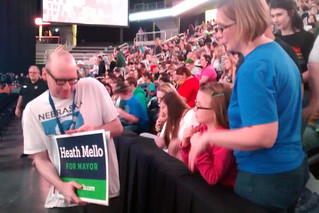 First up was Bernie Sanders, who came to the Baxter Arena with Keith Ellison (D-MN) on Thursday to hold a pep-rally for Democrats hoping to get one election win they can call a “bell weather” ahead of the 2018 midterms. The usual merch and button vendors were on hand to work the line before the doors opened, but there’s been a noticeable change in tone since the election. Nearly half the buttons were anti-Trump, and two actually just said, “F–k Trump” (without the dashes). Even worse, these same buttons being worn by actual Democrat volunteers signing people up to vote by mail. So much for “Love Trumps Hate” and “When they go low, we go high.” A few anti-socialist protesters (and a Ben Shapiro fan) showed up across the street, and a pro-lifer or two and along the sidewalk, but no major sparks flew.

The show itself was allegedly sold out, and while it had a fairly good crowd, there was clearly room for more. The media were on hand to interview people outside and capture events inside, and my buddy Tom Becka was there as well, of course. The event itself turned out to be remarkably disappointing, however. It started at 5:30 and was supposed to be over by eight, but at 7:45 — after three different musical performances, a handful of local politicians and special interest groups — not one of the three keynote speakers had taken the stage.

I might have hung around to see the show play out, but my friend Jeff Koterba and the Prairie Cats were doing a free show at the O-Zone until 9:30, so I decided to split and have a couple dances with a few Jitterbugs rather than stick around. (Tom Becka did the same — the splitting part, not the dancing part.) 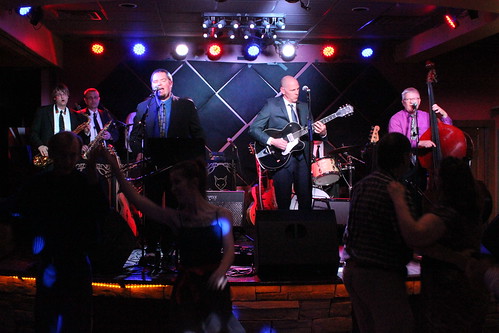 Prairie Cats at the O-Zone. Much better!