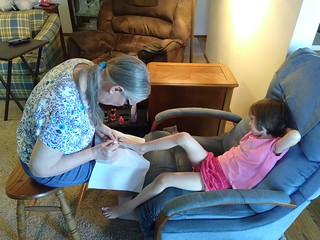 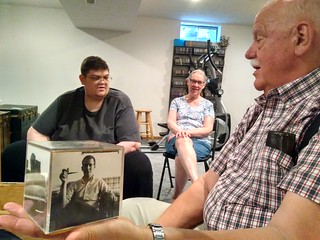 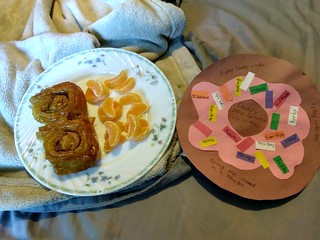 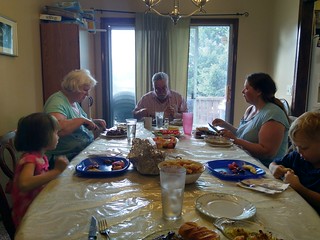 Then on Father’s Day, I got breakfast in bed with the kids along with a donut birthday card “sprinkled” with happy memories the kids shared with mommy. Vivian and Grammy made a lovely dinner of rib-eyes, yucca, shrimp, and scallops later in the day for Pop-Pop and me, and Hannah presented us with some ice cream cake that she, Aaron, and Grammy had helped prepare for us the day before.
In short, it was a lovely weekend doing one of the activities I love best — not doing anything!