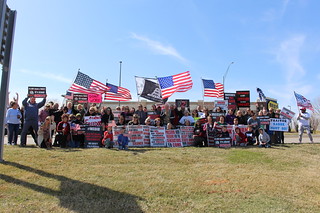 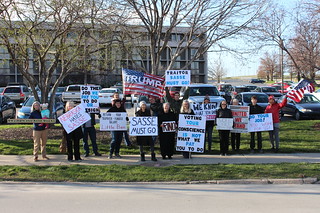 With spring officially here, and one election season blending seamlessly into another, a few groups in Omaha are coming out and waving some signs once again. One group I’ve recently become aware of is Nebraskans Against Government Overreach (NAGO), who seem to have a regular presence about town. Back on March 20, they were at 168th and Dodge protesting mask mandates and lockdowns along with a “worldwide demonstration” using the hashtag #wewillALLbethere. This was coincidentally in front of Ben Sasse’s Omaha office, and they were back protesting him more directly a few weeks later when he (allegedly) spoke at a Federalist Society event at the Regency Marriott. 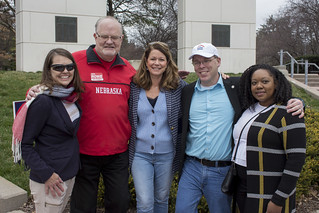 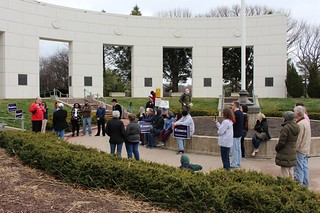 My friend Tim Davis had his own “Back the blue” rally on Saturday, which was also peaceful but decidedly noisier. Speaking at the event was State Senator Suzanne Geist and City Council candidates Don Rowe, Kathleen Kauth, and Tyeisha Kosmicki. There were also around five “counter protestors” who showed up to bang a drum, ring a cowbell, and generally scream at and try to disrupt everyone else. One of them was an actual skinhead wearing rubber “jack boots” as he tried shouting down the Tyeisha, a black woman running for city council. We learned later that they’d come by the park in advance to vandalize the war memorial, which the city had hosed down before we’d even arrived, and had also stashed boxes of rocks and eggs around the park, which the police had confiscated (and believes were meant to be thrown at us — and not part of some Easter egg hunt).

It was an interesting exercise in self-control, as most of us laughed at and jeered at the rag-tag group of hoodlums as they tried to get us riled up. They had probably dropped by the Back the Blue event held in the same place last year, but a few (uninvited) members of the “Proud Boys” were able to keep them in line.