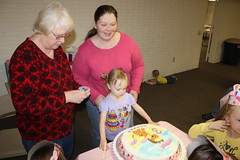 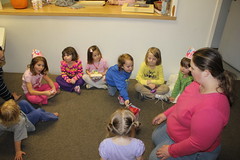 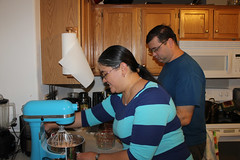 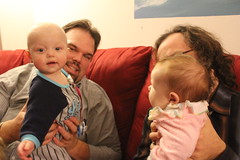 There was also another birthday in the neighborhood. Phil was turning older up the street, so we drove on my to get free food wish him a happy birthday. We got to let Aaron flirt a bit with Cameron’s little girl. Phil and Jen stayed busy cooking, as usual, as Mystery Science Theater 3000 played in the background, which I expect to repeat at our own house on Turkey Day (if YouTube lets me stream via our Roku). 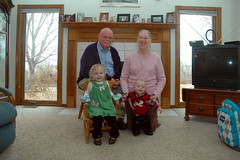 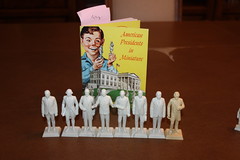 Vivian and I have been busy doing something every weekend for the past month or two, so this weekend was relatively quiet by comparison. 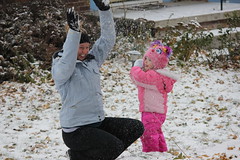 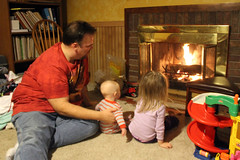 On Saturday, we had our first legitimate snowfall of the season, so Tamra came over to help celebrate by playing with Hannah in the inch of powder out on our front lawn. The even made an itty bitty snowman with what little of the white stuff they could muster up. I made some potato soup for dinner, and the girls baked and decorated some sugar cookies (with Hannah getting her hands all purple in the process). Then we lit a roaring fire in the fireplace and watched Frozen together before calling it a night. (I was wallowing in Schadenfreude following Nebraska’s meltdown in Wisconsin.) 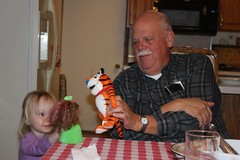 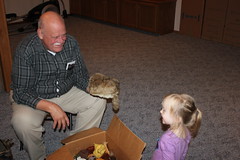 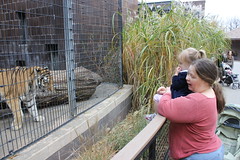 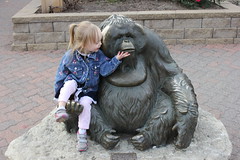 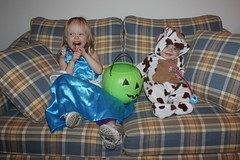 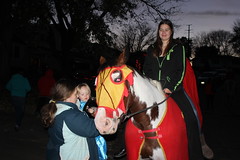 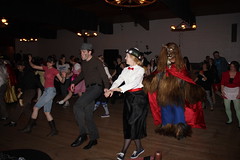 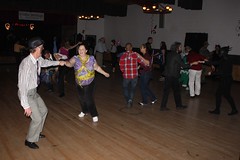 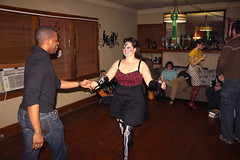 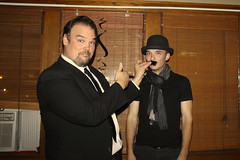