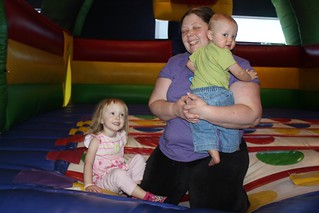 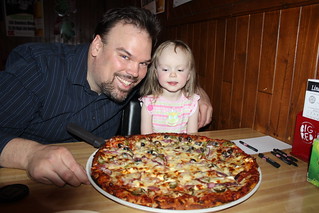 It’s been a busy week here in Omaha, with lots of fun involving food (of course). On Monday last week, with temperatures pushing their way into the 90s, the whole family took a trip down to Lincoln. I had some freelance work to attend to, and Vivian took the kids to Lost in Fun for an afternoon of bouncing around. Hannah had been there when she was just one year old, but now she was old enough to visit more exhibits than just the ball pit, such as the big ceiling-projected video game in the “dark room.”

For dinner, we drove up to Big Sal’s and gave Hannah and Aaron her first taste of mom and dad’s favorite pizza place in Nebraska. Yes, Aaron got to nibble on bits of black olive and pizza crust, and Hannah managed to finish a whole piece by herself. 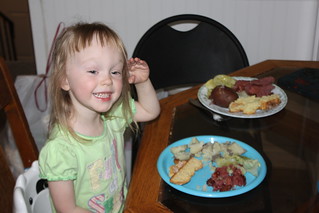 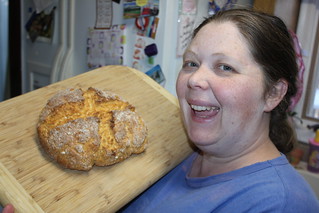 The next day was St. Patrick’s Day, so we got to imbibe in our annual tradition of corned beef and cabbage, Irish soda bread, and red potatoes. Every store was selling out of corned beef up until March 17, and then the price plummeted to less than $1/pound, so we picked up some that on sale to have a couple reubens down the road (which were, in fact, invented in Omaha. Don’t let anyone tell you differently.)

No green beer or Bailey’s, however — I’ve given it all up for lent. 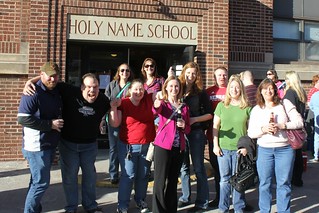 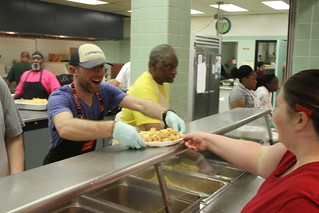 On Friday, we had our second Fish Fry of the year, heading up to Holy Name in north Omaha with a cluster of our fabulous friends. I’d heard about this fish fry from our mutual friend Lisa, primarily being one of the first and biggest fish fries in the area. It was also notorious for having one of the longest lines, which was quite ironic, because when we arrived, there was absolutely no line at all. Seriously, we were able to walk right in, but we stood in the hallway for some time just to get the whole standing-in-line experience. (A crowd outside was hanging around for the same reason, I expect.)

The cafeteria was packed pretty tight, however, steaming hot and filled with the smell of fried fish that stuck to your clothes. The fish itself was hands-down the best I’d had at any fish fry before. We had freshly-battered chunks of pollock that were steaming and delicious the moment they were put on your plate. I washed it down with a can or two of Cheerwine that I smuggled in from outside and a fun night of goofiness fueled by deep-fried goodness. 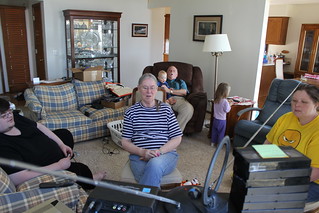 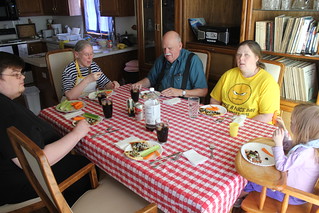 Then on Saturday, we celebrated Uncle Jonny’s birthday down at my parent’s house. Jonathan had been wanting to relive his childhood, so my dad put out the lawn flamingos and spent the afternoon playing Intellivision and eating homemade pizza for dinner (literally the way mom used to make). Vivian also brought along one of her legendary chocolate cheesecakes.

We brought the kids along, too, of course. They got some time being cute with grandma and grandpa, which included learning the joys of chasing a red dot from a laser pointer all over the house.