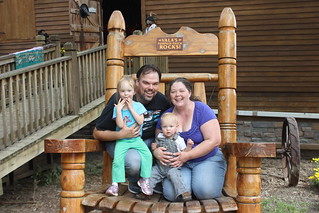 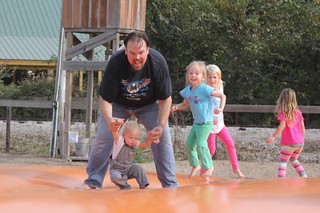 I’ve been to Vala’s Pumpkin Patch, the infamous autumnal amusement park of Nebraska, many, many times over the past few years. It gets more and more expensive every year, but that hasn’t stopped it from being maddeningly crowded on the weekend as well. Now that Hannah is there years old and no longer admitted to Vala’s for free, I had the bright idea of taking a whole day off of work so we could attend on a Wednesday, when the rates are one-third cheaper.

Wow, it was a great decision, and I don’t think we’ll ever go back to Vala’s on a weekend. There were virtually no lines for anything at the park, including such photo opportunities as sitting on the big chair. We could even jump on the pillows for as long as we waited, with no waiting whatsoever. 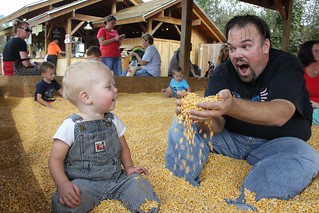 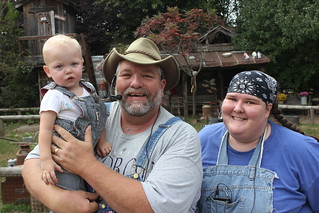 Since we were visiting Vala’s on a weekday, our usual gang of friends weren’t able to come with us. That turned out fine, however, as we were able to focus exclusively on activities that interested the kids, such as playing in the giant corn bin and watching the giant dragon smash a pumpkin. The kids also liked playing on the slides and wandering around the storybook village.

At two o’clock, I was able to corral everyone to see one of the pig races. Hannah had gotten her photo with the Pig Man back in 2012, and I got a follow-up photo with Aaron this time around. Picture-taking seems to be a huge part of visiting Vala’s, whether it involved those stand-up pictures you stick your head through or the obligatory photo of the kids in front of the “how tall this fall” measuring stick. We even got a picture of the family around a pile of pumpkins thanks to a nice lady at the gift shop. The park was so not-busy that she was able to snap a photo without leaving any customers unattended. 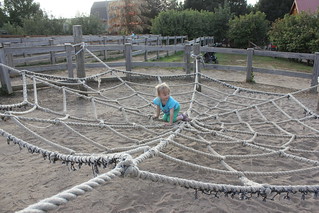 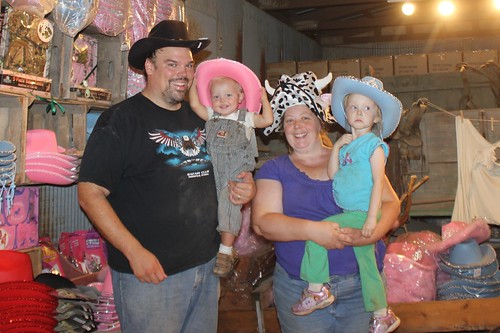 We didn’t get to see all the sights in the park before the sun went down, but we did get to visit some new areas (to us), such as a play area with a tractor ride and a giant rope spiderweb. Hannah climbed all the way from the middle to the perimeter by herself, which made me proud (she did better than mommy did six years ago). We finished off the day with a dinner of giant pork tenderloin sandwiches and a brief visit to the gift shop for our annual picture wearing cowboy hats. Both kids were fast asleep by the time we got home around seven, which was downright lovely!

The day went so well, I decided to share some of my tips and tricks of navigating Vala’s right here on my blog, which you can read here. Check it out if you plan on going anytime soon.