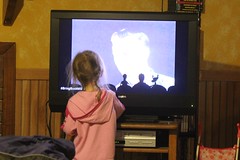 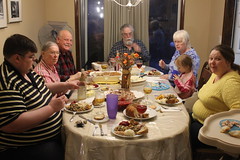 It’s fun to see just how many holiday traditions you can pack into one four-day weekend! Like most of America, the Johnson Family celebrated Thanksgiving on Thursday. Hannah got to check out the Macy’s Day parade in the basement as Vivian and Pop-Pop got a turkey and a bunch of sides going in the kitchen. We had an assortment of hors d’oeuvres out for “lunch” which some of us nibbled on downstairs as Mystery Science Theater 3000 streamed via Roku to our TV. Jonathan also got a copy of RiffTrax dismantling the cheesy 1989 classic, The Wizard, which was uniquely hilarious.

Then that evening we had the whole family, both sets of grandparents (and Uncle Jonny), to join us in eating what’s become our standard Thanksgiving Dinner together (Taber Salad included, of course). 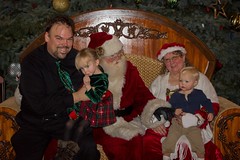 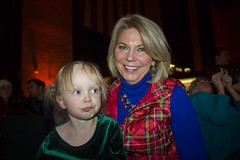 On Friday night, we got to drop by Union Station for their tree-lighting event at the Durham Museum, one of my favorite Christmas events. The kids got to visit Santa and Mrs. Claus before decorating some cookies upstairs, and then I took Hannah down to look at the giant (retired) train cars on display in the lower level. Hannah loved running from one car to another, and afterward she got to wander through some of the exhibits showing homes in Nebraska through the last couple of centuries.

Vivian and Aaron stayed upstairs to help with the cookies, and then we headed to the great hall to watch the tree-lighting ceremony. Michael Lyon was singing Christmas songs for everyone this year, and then Omaha Mayor Jean Stothert and her crew of dignitaries got up to count down the tree-lighting. Paper confetti fell from the ceiling, and Hannah managed to wound her way over to the VIP section before I could stop her. I took the opportunity to introduce her to Mayor Stothert while she was there (and got a picture of course), telling Hannah she could grow up to be anything, even Mayor of Omaha. 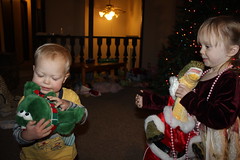 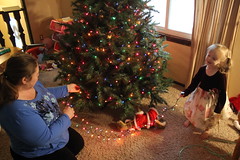 For the rest of the weekend, Vivian and I spent some time decorating the house for the Christmas season. That meant hauling the tree out of storage and getting it put together, as well as bringing out the Christmas Frog and Santasaurus (who now has his own Facebook page). Hannah got to build a gingerbread house with mommy and string lights around the tree, and I finally got to light up our outdoor lights, which I hung a week or two ago when it was a lot warmer outside.

Yes, it’s beginning to look a lot more like Christmas. All we have to do now is wait for Santa! 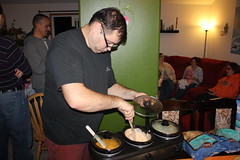 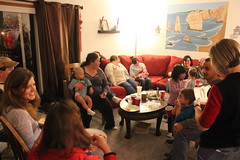 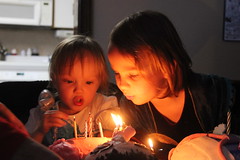 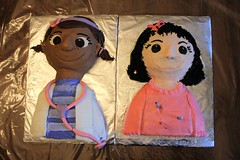 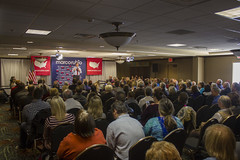 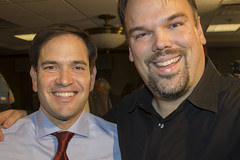 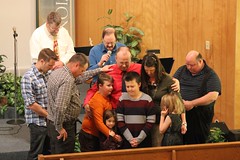 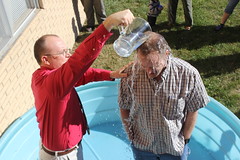 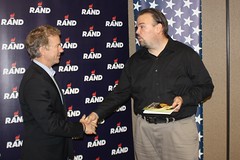 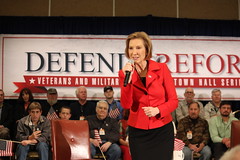 We had a few more presidential candidates pass through during the week. The first was Rand Paul, who attracted a decidedly more libertarian following at his brief meet-and-greet at the Council Bluffs Hilton, with fellow travelers in tricorner hats and a stray Objectivist among the crowd. My parents were also there, of course, as well as former Lee Terry primary challenger Dan Frei. Tom Becka also brought along junior reporter Maria Thompson from KPTM, who was quite thrilled to have a brief interview with Senator Paul at the end of the event. 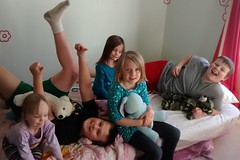 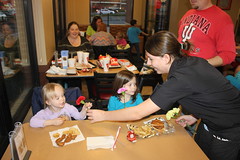 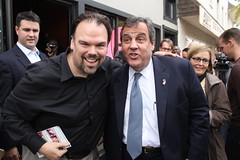 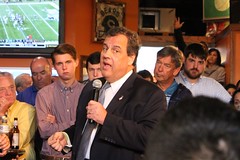 It’s Halloween Weekend at least, and I decided to kick things off by rubbing elbows with another presidential candidate in Council Bluffs, this time the Governor of New Jersey, Chris Christie. All the usual gang was there, including Tom Becka and that one guy pretending to be Secret Service, (don’t let the earpiece fool you — it’s just for decoration). The event was held at the tiny Glory Days Bar & Grill, likely to make the crowd of 100 or so people seem much larger than if they held it at the mid-america center.

Of course, that also meant the restaurant was at capacity before I even arrived, but those of us milling around outside did get the chance to grab the Governor for a picture or two as he made his way inside. I even managed to squeeze inside for a few pictures in-between reporters after a few of them left during the Q&A. I was honestly impressed with the governor handling tough questions from the crowd on topics such as the Fort Lee lane closure scandal and a lawsuit on EPA emissions. Maybe some of these Iowans should be moderating the debates instead of the clowns from NBC.

I was also hoping to have a pizza lunch with Marco Rubio (along with Vivian and my mom), but the Senator from Florida cancelled the event to actually vote on something in Washington instead. Maybe next time. 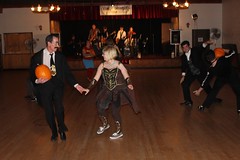 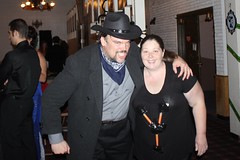 That evening, Vivian and I dropped by the Eagle’s Lodge for their annual Halloween dance. We helped with decorations before things got started and then spent the evening dancing with our usual cluster of Lindy Hopping friends. There was live music from a band called Three Day Weekend (mostly too-fast Jazz that left my feet aching), and we got Takashi to lead in another round of Thriller as well, which was terrific.

There was also a Jack and Jill dance competition (which involved holding pumpkins for some reason) as well as the costume contest. Winners included Dan Wondra as Groucho Marx, The Greatest American Hero (who looked a bit like Harpo standing next to Dan), and Lacey as Madame Blueberry. 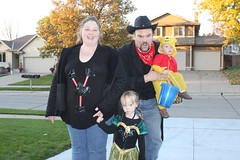 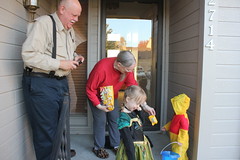 And then there was actually Halloween Night. It’s such a neat experience to participate in this event through the eyes of our kids. Hannah painted a pumpkin for our front porch, and then we took her and Aaron out for an evening of taking candy from strangers (and Grandma and Grandpa Johnson. Hannah went as Anna from Frozen, and Aaron toddled along as Pooh, insisting on carrying two buckets with him as they got filled up with fun-size Snickers and Kit Kats. Jack and Donna were nice enough to hold the fort back at our house until our kids were properly exhausted (and down from a sugar high) when we came home. 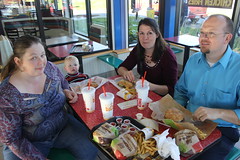 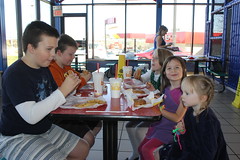 We finished off the weekend with a relatively quiet Sunday afternoon. Our friends the Rietjens have just one or two more weeks left in Nebraska, so we went to the Burger King on Cornhusker Road with them for a kind of Last Luncheon together. The kids got some quality time running through the Hamster Tubes in the play area as well as we ate burgers and fries. We’re definitely going to miss this whole family once they go.