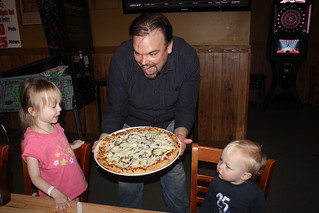 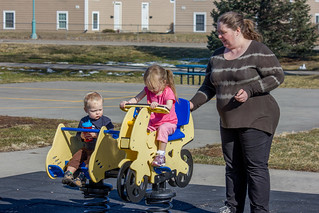 The weather has been steadily getting warmer here in Nebraska, making for several days where we can get some quality time outdoors without so much as a coat. On Wednesday last week, the Johnson Family took a road trip to Lincoln for a day nearly identical to the one we had in mid-March last year. I got to do a morning’s worth of freelance work for my old employer at Land and Sky, and Vivian took the kids to Lost in Fun in South Lincoln where they had a ball bouncing around and shooting hoops. Afterward, we all went out to lunch at my favorite pizza joint, Big Sal’s on 27th Street. The weather was so nice, we drove up the street for a little play time at Pentzer Park up the street to wear the kids out a bit before heading home.

In other news, Jack and Donna got to celebrate their 38th wedding anniversary with us over at the Crab Shack, we all got our fill of seafood before stuffing ourselves even further across the street at the Cheesecake Factory. 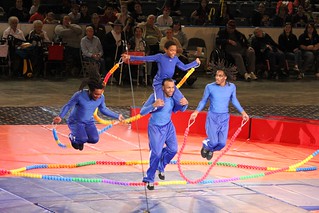 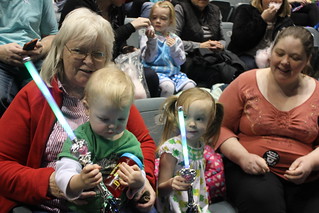 A few days later, the Shrine Circus was in town, so Vivian and Grammy took the kids down to the Mid-America Center to see them. It was Aaron’s first trip to the circus, so I had to be sure to get a picture of him with one of the terrifying clowns. They had tigers jumping through flaming hoops and a dog and pony show, just like our visit a few years ago. They also had some new acrobats, Mr. Springs and Tulga, and a whole team of “jumping people” AKA The Chicago Boyz, who Hannah seemed to like the best. I was able to take a break from work to join the family for a bit during the day, which was nice. Of course, the kids also had to get their own souvenir light sabers from the show, and we had to struggle to keep Aaron from whacking his sister on the head with his.

2 thoughts on “Pizza in Lincoln, Circus in Council Bluffs”