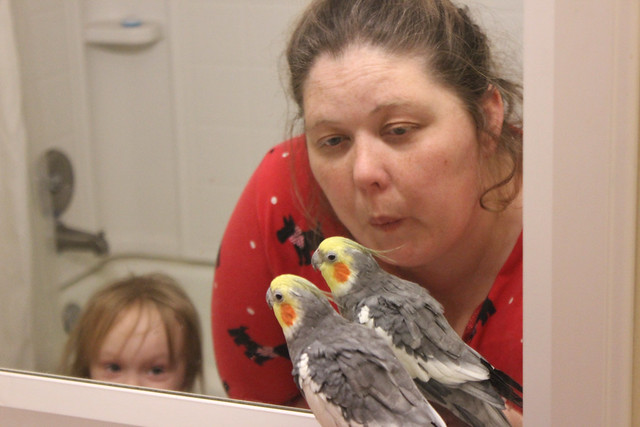 Where were you in 1991? George Bush Sr. was President of the United States, Mikhail Gorbachev was leader of the Soviet Union, and in August, a little cockatiel named Flapper hatched from an egg. My wife Vivian was in elementary school, and for the next twenty-four and a half years, that little bird would be a part of her family. He stuck with her from elementary school to college, from California to Nebraska, from being part of the Taber family to joining the Johnson family when Vivian and I got married, and he was there when we brought our two kids home from the hospital. 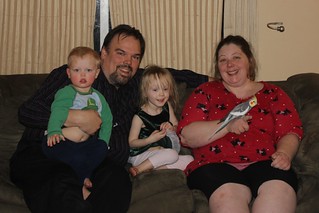 Flapper was Vivian’s baby for over two-thirds of her life, and by marriage, he was my baby, too. I met Flapper (and his roommate Babo) after Vivian and I had our first date. I’ve known him longer than most of the friends I have in Omaha, and even though I haven’t known him as long as Vivian has, he’s been with us longer than any pet I’ve ever had in my life.

He wasn’t just a pet, of course — he’s been a member of our family, and I feel grateful he’s been happy and healthy well into his golden years. I’m also glad that we had a very long chance to say goodbye. He first started showing signs of illness nearly a month ago, and when a cockatiel starts showing signs of illness the end can come quickly — as short as a day, as it was in Babo’s case. We had a couple weeks to keep Flappy warm and happy and get extra time with a family picture or two. Hannah is also old enough now to know Flappy and remember him as her pet for the rest of her life.

Long goodbyes are never easy, but we kept Flapper warm, safe, and comfortable until the very end. On Tuesday evening, he died in Vivian’s hands, sharing his last moments alone being loved by his “mommy,” just as it should be. I know how well he was loved all of his two-dozen years, because the empty cage in the corner now make the house seem so terribly quiet. Our many years of memories, though, and happy ones, and we’ll never forget the fifth member of our little family.