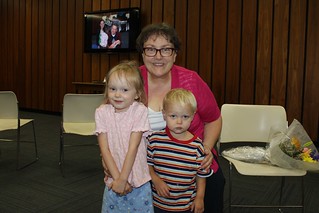 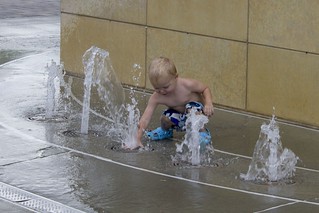 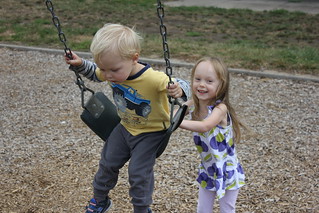 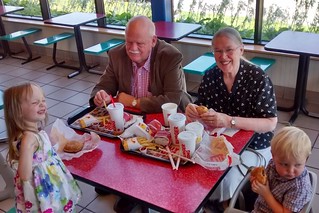 On Saturday the 20th, Vivian went on a camping retreat with her girls from WAG, which gave me a whole weekend alone with the kids. They got to have a little quality time both with daddy and grandma and grandpa Johnson, as I took them to Swanson Park to play and then spent the afternoon mowing the lawn and having dinner with the folks. My parents found a surprise squash in their garden, which we had for dinner with penne pasta.

Then on Sunday morning, we all got to go to Chandler Acres Baptist Church with my parents. Our own church no longer has Children’s Church available, so without that or Vivian or her parents to help corral both our kids in the service (during which time I’m handling the video), I chose to find another option for Sunday morning. Chandler Acres had some Sunday School for the kids, and I got to say hello to several of the people my parents meet with every Sunday. We went by Burger King afterward to get some lunch together before heading home. Vivian came home later that afternoon with stories of shooting bows and arrows at Platte River State Park. I suppose if she still updates her blog, we would get to hear more about that (but she won’t, so we won’t).