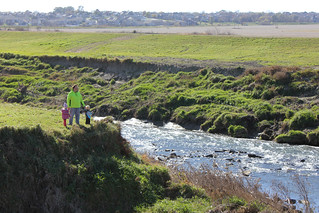 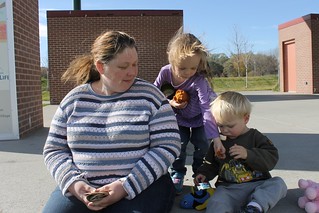 Winter is nearly here, which means drinking in all the unseasonably warm weather we can before the gray gloom and snow of winter comes bearing down on us. That meant a lunchtime trip or two to the park, where Hannah shared some of the pumpkin bread she made in a tin can at preschool with us. We also dropped by the park by the Keystone Trail where I’d left my car after a tire spontaneously burst in my office, which I wound up having replaced long enough for one or two more rides to the office. 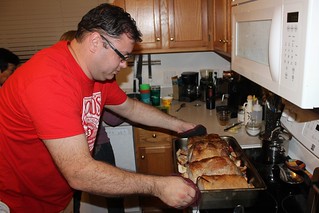 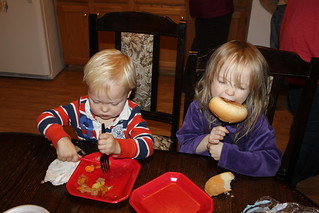 November also seems to be a popular month for birthdays. Our friend Deena celebrated down at Romeo’s for some reason, so we dropped by with the kids for a few sanchos together.

Our friend Phil also celebrated his birthday down at his house in Papillion, so we joined him and our cluster of mutual friends to celebrate with pork loin spiced up with some of his homemade ghost pepper sauce. Jen’s parents were also there to be loved and abused by the many youngsters running around. Phil was smoking half a hog’s head on his back porch, but we only stayed long enough for cake and never quite got to see what he wound up doing with it. 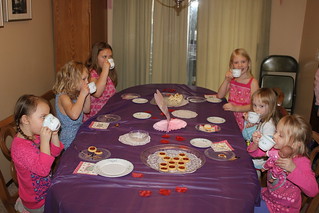 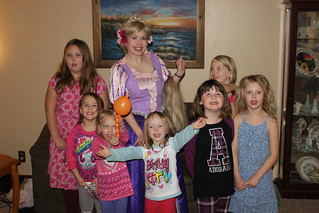 The biggest birthday of all, of course, was for Hannah on Tuesday when she turned five years old. I took the day off and spent the morning distracting the kids with grandma as Vivian prepared our house for a cute little tea party. A handful of Hannah’s little friends came over to have cookies and (apple cider) “tea” in the afternoon. Then they got a special surprise visit from Rapunzel, courtesy of Real Omaha Princesses. She had a song, a story, and a game for the kids to play in-between a handful of photos, of course.

Hannah got to open presents after Rapunzel’s visit, and then she got to blow out candles on her Christmas Castle Cake. Yes, Grammy asked Hannah exactly what kind of cake she wanted for her birthday, and her request was about as a five-year-old could get. The resulting cake was amazing inside and out, but it was especially weird to see Hannah and Aaron eat fondant effigies of themselves. 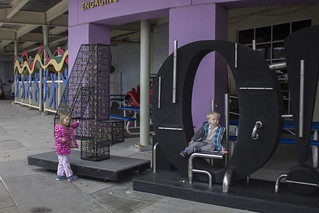 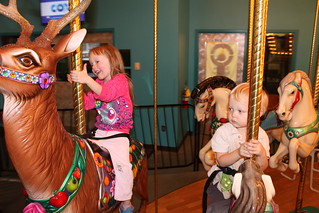 The next day, Vivian took the kids down to the Children’s Museum to burn off an extended sugar high, and I joined them during an extended lunch break. We call this place the “indoor park,” as our trips to the “outdoor” park will now be sporadic until around springtime.

Next stop: Thanksgiving, and the start of the Christmas season!