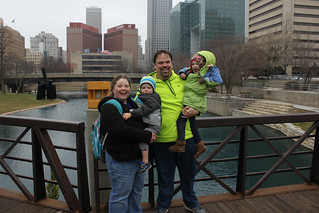 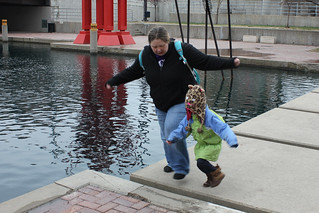 We’ve had more than a solid week of gloomy gray skies with rain off and on that’s kept us indoors for the most part. We did take the kids for a semi-random romp downtown on the Gene Leahy Mall downtown on Friday. We got to see some ducks and a robin in-between going down slides and getting our first family photo on the First Date Bridge. Mostly, however, we were looking for Jesse Watters from Fox News, who was in town for the Spin Stops Here Tour. I was hoping he would be doing some man-on-the-street interviews downtown but had no luck spotting him or his crew. 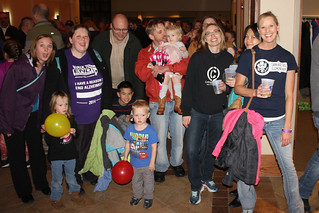 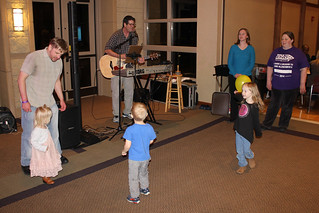 Then that evening, we squeezed into St. John Vianney’s with our kids for our second fish fry of the year. We saw a few familiar faces there, and we talked a handful of our friends into coming with us, including a few little ones who danced up “on stage” (as Hannah called it) with the Wynn Lander the Guitar Guy for a few songs. I mostly stuffed myself with fish in-between getting photo bombed, but it did feel good to come back to this place… for the eighth year in a row now!

In other news: Hannah made a gingerbread house.