We got to have a fun weekend with the kids, fueled partly by continuing warm weather that’s lasting just long enough for it to snow again. No time like the present to enjoy the great outdoors, whatever weather comes our way. 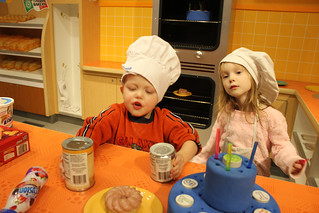 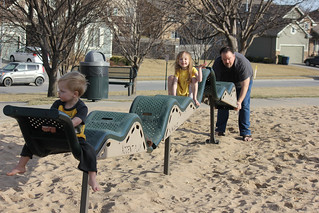 Thursday was apparently Dr. Seuss’ birthday, so Bellevue Mayor Rita Sanders came to read to the kids at the library once again (per tradition). Then on Friday night, the Children’s Museum was open late with some Seussical activties. A lady dressed as a Snuv with Gloves did some science experiments for us (which included liquid nitrogen, of course). There were some Seussical crafts happening as well, but Hannah and Aaron both seemed to get a lot more mileage playing with Lego race cars and goofing around in the kitchen together.

The temperature climbed into the 70s on Saturday, so we broke out the tricycles and took the kids down to the “Sandy” park for the afternoon. This was the same park we’d gone sledding the week before, but there was not even a trace of winter left when we returned. 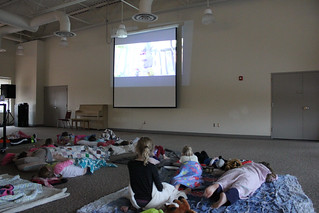 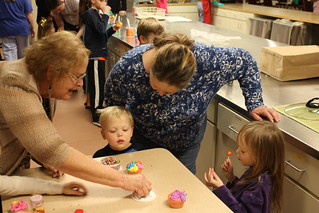 Then on Sunday, we had another movie night down at First Presbyterian Church. We had a few hot dogs for dinner with the kids and then watched the Trolls movie together on blankets on the floor. For a film based on the ubiquitous (and cheap) plastic troll dolls everyone seems to remember from their childhood, it was a surprisingly decent film. Kate and her girls joined us for the movie and some cupcakes afterward, and Hannah’s preschool classmates Sammy and Nicholette were also on hand to get sugared up after the show.

In other news, cheesesteak and jalapeño poppers.