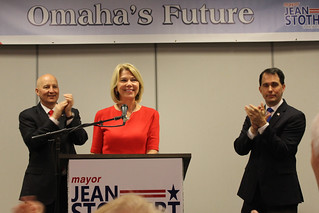 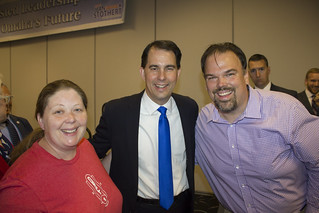 On Monday, in a dramatic counter-play to the Bernie Sanders / Heath Mello rally on Thursday, Gov. Pete Ricketts brought Wisconsin Gov. Scott Walker to a rally for Jean Stothert on Monday. It was as different an event as you could imagine. The crowd was noticeably smaller, but the event started on time, the speakers stayed on message, and they had time to meet-and-greet the three VIPs afterward. The crowd seemed remarkably happier than the disgruntled hipsters I’d stood in line with on Thursday (and no buttons with four-letter words were to be seen). There was a large number of (union) protesters lining the street outside, but their signs weren’t nearly as fun as the protesters at the Bernie rally.

I saw a few familiar faces in the crowd, such as PowerLine blogger Dave Begley, State Board of Education member Pat McPherson, and former Mayoral candidate Taylor Royal (who has endorsed Stothert). An eight-year-old boy named Mason came adorned with campaign pins on his blazer, and I got to see Scott Walker personally add his flag pin to the collection. Most noteworthy of all, however, was that Vivian was able to join me at this event. She and I have both been fans of Scott Walker since before 2015, and it gave me a bit of a thrill by proxy for her to meet him for the first time (as I did a year and a half ago). 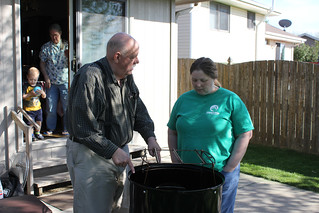 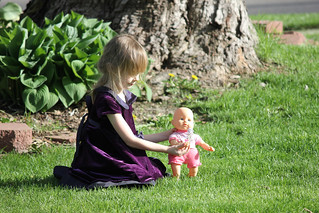 In other, non-political news, we had a lovely cookout with my folks on Saturday, and my dad used his new smoker to make some tasty pork ribs for all of us. I also took in a episode of the MST3K reboot on Netflix, which seemed to be a worthy successor to the original.

On Sunday, took the kids to the Sandy Park to get some quality outdoor time. I discovered a baby doll that I’d seen left on the gazebo roof way back in March was still there (and apparently undamaged from two months’ exposure to the elements), so I retrieved it to get some happy care from Hannah later in the afternoon.