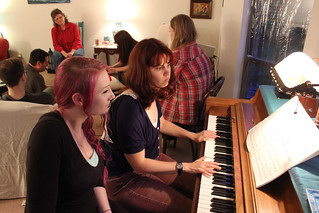 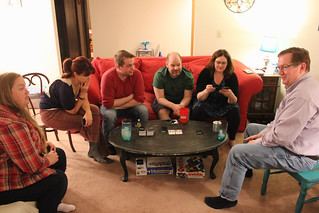 Aunt Jessica had a last-minute birthday thing on Friday, so I dropped on by with the kids for some “pupcake” and some tacos with a few of our mutual friends. Kate brought a few of her girls, so they got some quality time with Hannah and Aaron as the rest of us played some adult games, namely Qwirkle, Telestrations, and a few others.

I was also able to coax Jessica into playing the piano for us, so she favored us with some Bohemian Rhapsody and the theme of Cheers — both of which we sang along to, of course. 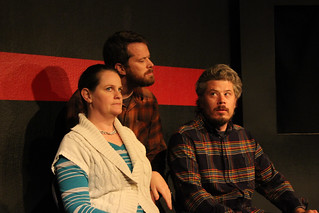 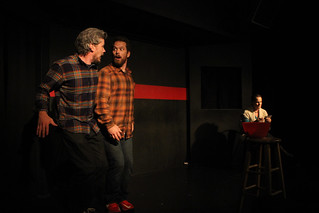 Then on Saturday, Vivian and I (along with Kate) went to see our favorite comedy troupe, 88 Improv, for the first time in about four years. Tim, Nate, and Sarah took the stage at the Backline Theater and performed a bowl full of scenes suggested from the audience for us for the first act (half of which involved a culvert for some reason). Then for act two, they did a long sketch about Little Red Riding Hood starting fires with her “imaginary” wolf, Mayor Jean putting panda habitats in the median of city streets, and two guys getting all vehicular traffic banned — including fire trucks — to make way for bike lanes.

I first saw these guys about a decade ago before I even started dating Vivian, so I’m very glad they’re still performing after all these years! 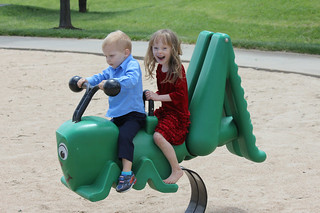 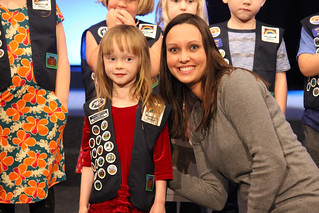 On Sunday, it finally stopped raining long enough for me to take the kids to the park for a picnic and some fresh air.

Then that evening the whole family (plus Grammy and Pop-Pop) went to Bellevue Christian Center for an awards ceremony at Rainbows. Hannah got an Honors Pin for completing all of her lessons for the past two years. It was very cute to see her and her little friends standing together one last time before getting sugared up right before bedtime. 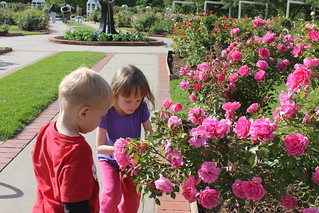 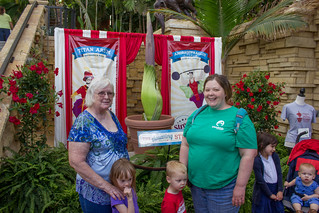 Vivian and I had some culinary fun later in the week, frying up some of the bologna we’d bought in Pella for Phil and Jen to help us eat. We made some sandwiches with them using toasted pretzel buns I bought at Aldi.

Then on Wednesday, we took the kids (and Grammy) to the Lauritzen Gardens to see Stinko, the corpse flower. The gardens have free admission until the giant flower blooms, (which is hasn’t yet, so it wasn’t even one bit stinky). We took a brief tour through the flora in the greenhouse, and then I took the kids for some exercise on a long walk through the gardens to the rose garden and back before we called it a day. We had nearly the whole gardens to ourselves, which was amazing since the place is usually packed when admission is free (and in the springtime).

We’ve been enjoying some gorgeous weather this past week, and it should hold out long enough to shake our booties at Loessfest on Friday. More on that next time.