On Tuesday night, Jean Stothert — the first woman elected Mayor of Omaha — was re-elected in a decisive victory of her opponent, Heath Mello. The Stothert campaign was kind enough to invite me to their Victory Party, so I had a front-row seat on election night. 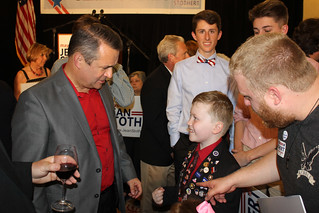 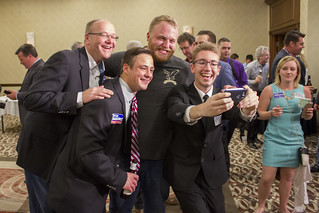 I’ve been to plenty of campaign events for various candidates in the past, but nothing compares to the excitement of an election night party (especially for the winning candidate). I saw plenty of familiar faces, including a congressman, a former Mayor of Omaha, a former Mayoral candidate, a couple of Governors, and a few troublemakers from the news media. Also on hand was “Mason the Button Boy,” who I’d first met collecting a button from Scott Walker at a previous event.

I arrived shortly after the polls closed, and as the results started coming in, it was clear Jean was going to be the winner. As such, the crowd spent most of its time laughing, visiting, and taking selfies before the race was eventually “called” around 10:20. Jean gave a gracious victory speech and spent some time afterward talking with the news media and her various supporters. 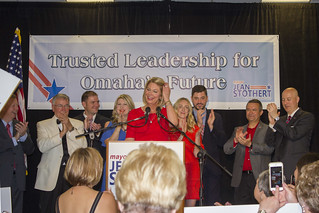 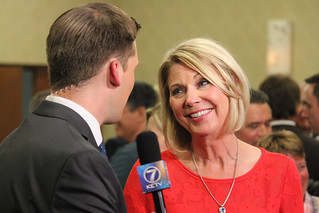 I got to thank Jean personally for inviting me before I left, and she told me that a victory party like this was a lot more fun when you don’t have to deliver a concession speech (which she has had to do before). The most exciting part for me was being able to meet and greet a whole host of elected officials from this district. I wasn’t a campaign contributor or volunteer, and yet I was able to shake hands with the mayor, a congressman, and the governor and tell them what was on my mind. That’s what impressed me about Mayor Jean on the campaign trail — a few weeks ago she held a town hall meeting in North Omaha, a precinct that voted against her in the election, and gave the people there the chance to speak to her.

Democracy is not a spectator sport, and I feel proud to be a part of it. Thanks, Mayor Jean, for the opportunity. I hope you have a great four more years. 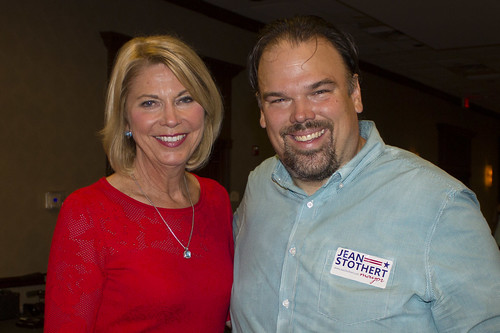