Hello, Tulip Time! The Johnson Family (and Grammy) hit the road on Friday and traveled to Pella, Iowa to take in some Dutch culture this weekend.

It was the kids’ first major road trip since 2014, so we stopped by Adair to stretch our legs and have lunch at the park halfway through (and see Smiley). We also swung by the Gateway Market (where Vivian and I ate lunch back in 2011 on our anniversary trip) to get some cheese from Petaluma — Mt. Tam and Red Hawk from Cowgirl Creamery. 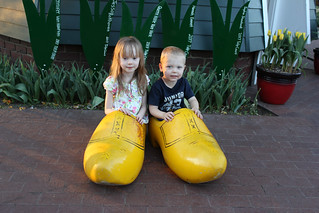 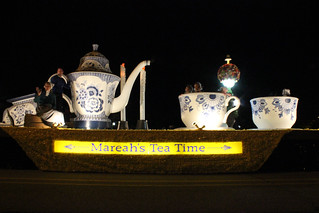 We crashed briefly at the hotel and went on into Pella, where we hiked for a few blocks on their tulip-lined streets to see a Night Parade when the sun went down. We took the kids on a walk through Public Square Park once we’d claimed our spot. We saw several people decked out in full Dutch costume (with wooden shoes of course) carrying water buckets and pushing brooms. A local high school was putting on a show resembling Clue: the Musical at the giant grandstand at the south end of the park, so we watched a few minutes of that before walking up and down Franklin Street to see the windmill and the Klokkenspel.

The night parade started at 8:30 under a waxing moon, starting with the town crier and featuring several lovely floats lit up fort he evening. There were floats for past, present, and future Tulip Queens, a carousel of ladies, a tea party, a riverboat, and lots of windmills, of course. It was a great small-town parade, and it was clear with every float they took a great deal of pride in their work. 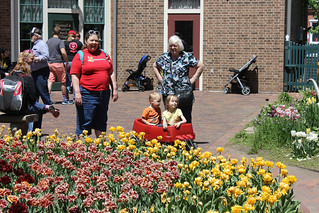 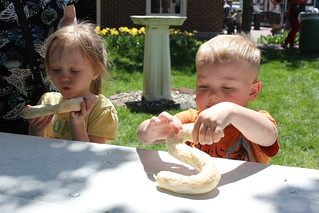 We returned to Pella the next day after facing a gigantic line for the shuttle bus that was so long several people gave up and decided to walk the 1.5 miles into town instead of wait for an hour in the sun (as we did). We walked along the Molengracht Canal and spent some time inside the Historical Village, visiting Wyatt Earp’s house, looking at a water wheel, and watching people make wooden shoes. The Jaarsma Bakery also had a bakery inside the village, where we were able to get our Dutch Letters and Pigs in a Blanket (baked fresh by Connie Jaarsma) without waiting an hour in a line (as people do at their storefront a few blocks away). 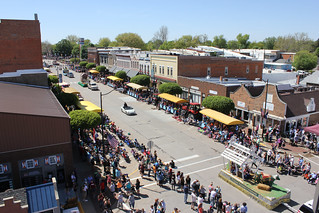 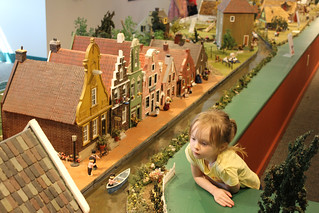 Around three, we got to have our tour of the windmill, which included a floor with a giant model village of Dutch buildings we got to look over before riding up to the very top. The afternoon parade was going on at the moment, so we had a lovely birds-eye view above the town before heading back down to ground level.

The kids got to spend some quality time in the children’s area in a corn bin bounce house, and other activities while I picked up some Pella Baloney from the In’t Veld deli before we started making our way home. We made one last stop in Des Moines and got some Zombie Burger before taking the long trip back home.

I think what impressed me most about our brief visit to Pella was the vast diversity of people from various cultures who came to see this tiny town celebrating unique Dutch culture (this included several people actually from the Netherlands, of course). 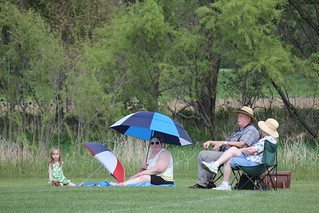 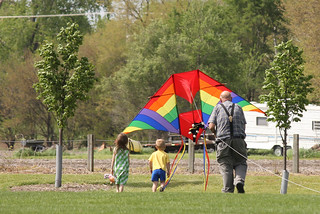 And because our weekend wasn’t busy enough, we decided to take Hannah and Aaron to a Kite Fly at the La Vista Sports Complex with grandma and grandpa after church. The weather was sunny and gorgeous, so we got to take both Zoe the Cat and Cowbaby on a ride into the sky. Hannah and Aaron also got to run around looking at giant kites of cats and fish before grandpa eventually reeled them back in to head home.