It’s been a busy couple of weeks for the Johnson Family, much of it spent on Halloween activities, which has somehow turned into a multi-week holiday season all on its own. More on that in the next update. 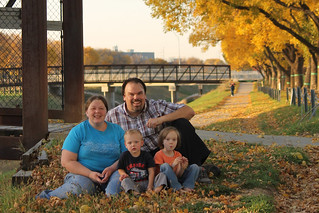 We’ve been enjoying as much of the fall colors as possible while the leaves are still on the trees. I went to the park with the kids one late afternoon just to see them in their golden splendor and get a few family pictures underneath the trees’ flaming foliage along the Keystone Trail.

In preparation for winter, I bought an air compressor to blow out our sprinkler system and then took a few plants inside for the winter. I also gave my parents’ lawn one last mow and celebrated with some pizza after a wagon ride to their house with the kids. Fall seems to be inspiring lots of different culinary dishes, which Aldi seems to have in spades. 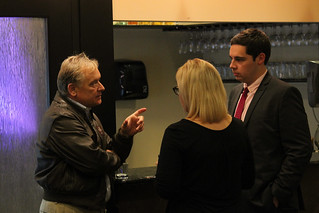 In political news, I went to a small meet-and-greet with 2018 Gubernatorial Candidate Bob Krist, who’s been (literally) flying around the state campaigning. He’s a former state senator — and former Republican — currently running for governor on a yet-to-be-named third party ticket. It was an extremely small gathering with fewer than ten attendees who weren’t media or with the campaign, and there seemed to be a mix of both democrats and republicans who’d shown up to meet Bob, the one common denominator being they all lived in his voting district.

I got to ask him a few questions about why he was running and his opinion on topics such as school choice, but he didn’t give a stump speech and didn’t seem to have a concrete platform other than “being bipartisan,” which seemed fairly unclear to me. I’ll probably still vote for current governor, who I’ve rubbed elbows with on more than one occasion, but I always appreciate hearing other points of view.