At some point, Halloween became a multi-week holiday season all on its own. I don’t mind of course — it means we get more use out of our costumes, and a whole lot more candy to boot! 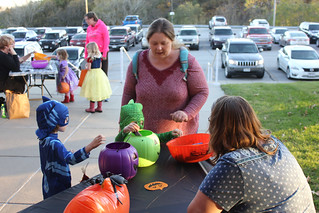 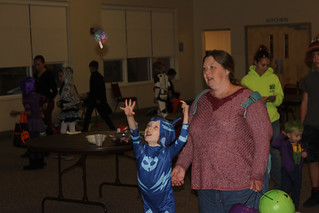 We kicked off the spooky fun last Sunday, when we took Hannah and Aaron for some trick-or-treating at First Presbyterian Church in Bellevue. There were plenty of tables set up with candy for the kids, and there were a handful of carnival-style games in the rec room for Hannah and Aaron to play. There was one “spooky room” with some dangling spiders and ghosts that mostly amused Hannah. Nicholette’s little brother, who could pass for Aaron’s twin under normal circumstances, also came in an identical Green Gecko outfit, which was even more hilarious. 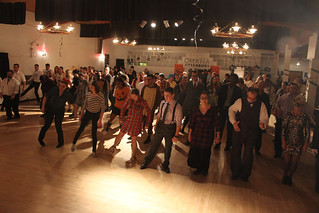 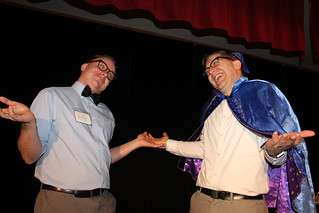 Then on Friday, Vivian and I dressed up as the Loan Arranger and a 404 Error and took a long-overdue trip to the Eagle’s Lodge — where we hadn’t gone swing dancing together since last Halloween. Nate and Lexi came as well (dressed as old-timey gangsters), and we saw a handful of familiar faces throughout the night. We did a handful of group dances, including the (Monster) Mashed Potato, a shim sham, and Thriller, led by Takashi, of course. There was a costume contest with prized for both most creative and most authentic. The “eclipse” couple were the clear crowd favorite, but my personal favorite was the guy who came as “Billy,” which made some plenty of hilarious pictures once I put the two of them together. 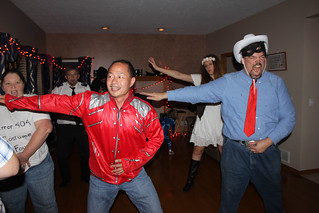 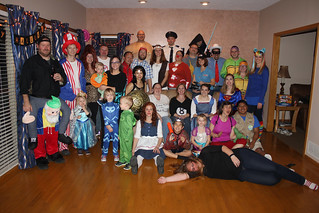 On Saturday night, Jenny and Kody hosted their annual Costume Party, once again at Dean and Sarah’s (new) house in West Omaha. We whipped up some brooms brought along both our kids for the first time, who had fun running around with Delana and a few of the other little ones who came along. All our usual friends were there, including Phil and Jen, Jon Paper, Aunt Jessica, Anne and Brandon, Heather and Shane, Libby and Ole, the Hoffmans, Tamra and Ryan, Katie and Li Ya and several others. We had several group dances throughout the night, including another round of Thriller led again by Takashi (and this time I got Libby to take some photos). Matthew’s Star Lord mask got some extra use by Jon and me, and I got one big group picture of everyone toward the end of the night before we headed home, exhausted. 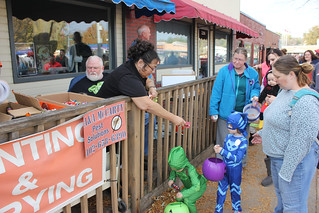 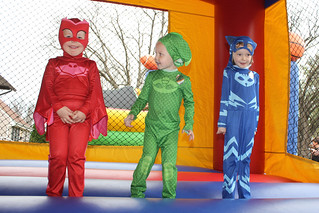 The on Sunday, several businesses in Olde Town Bellevue held their own trick-or-treating event. The weather was an irresistible 60 degrees through most of the afternoon, so we took the kids down to get even more candy from the collection of cute little shops downtown. We saw lots of familiar faces down there, including Rutiger the Magician and Mrs. B from the library. An odd-looking group of Jellyfish also made an appearance walking down Mission Avenue together. The best costume of the night by far, however, was a girl dressed in an Owlette costume, which made for a perfect picture with our Cat Boy and Gecko in the bounce house together! 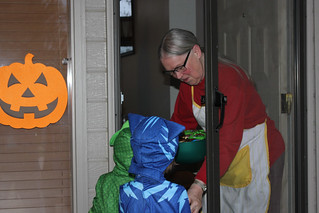 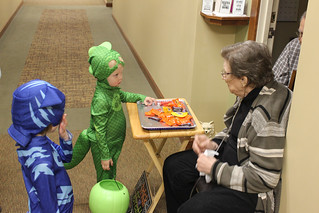 By the time Halloween Night finally rolled around, it felt like we’d been trick-or-treating all month! It was also nearly freezing with legit snowflakes coming down, so we spent just a few minutes trick-or-treating around our neighborhood, visiting Grandma and Grandpa’s house first, of course.
Then we retreated to the Heritage Ridge assisted living facility on Fort Crook and Hwy. 370 to trick or treat with some of the seniors there, where it was much, much warmer. Grammy and Pop-Pop held down the fort with their assortment of Pumpkin Ghouls to hand out treats and keep an eye out for tricksters, such as the guy who nailed some essay to a cathedral half a century ago. 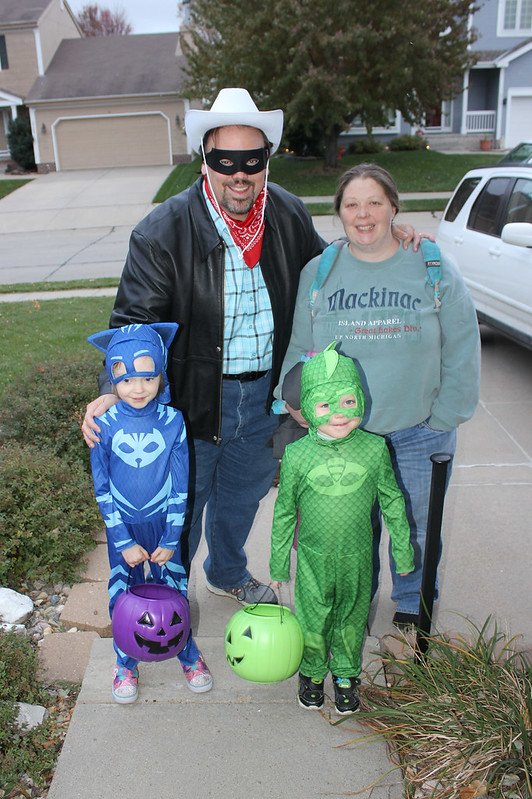