We’re closing out another delicious year, and 2017 was certainly another record year for culinary treats. Here are some of my favorites from the last 12 months before we ring in the New Year. 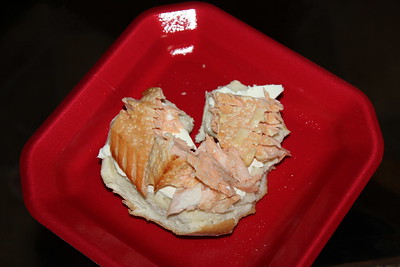 Vivian got to use her new smoker to serve me up some smoked salmon for a Valentine’s breakfast, served on a bagel broken with cream cheese and broken apart in the shape of a heart. Smokin’! 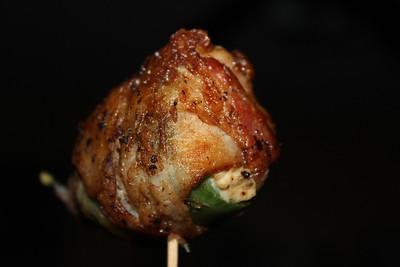 Yes, I included these last year, but it’s one of the most delicious things you can put on a toothpick. Crispy bacon and a creamy, cheesy, onion soupy filling inside a (seeded) jalapeño pepper. Give me as many as you can — I’ll eat them all! 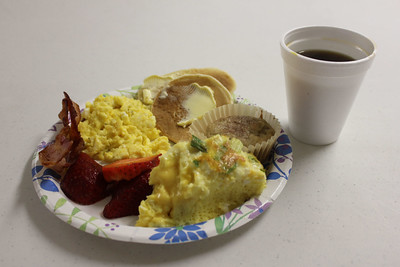 Pastor Ryan and our Church Elders were at Twin Valley Church bright and early serving up a wide variety of different breakfast foods for the congregation — eggs, muffins, pancakes, bacon, strawberries, and nearly anything else you can imagine. The best part, however, was being able to have Fellowship together in the morning. 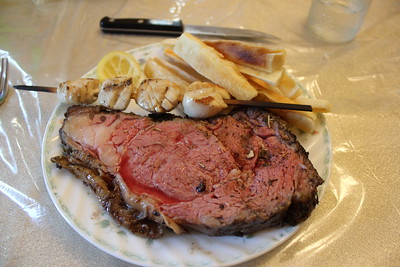 Between Vivian and her mom, they can come up with just about the most delicious meals imaginable. This year for Father’s Day, they made for Jack me a plate of prime rib, scallops, and yucca along with a Crab Louie salad and Donna’s peanut butter chocolate pie for dessert. Rarely has such a delicious meal ever been served anywhere. 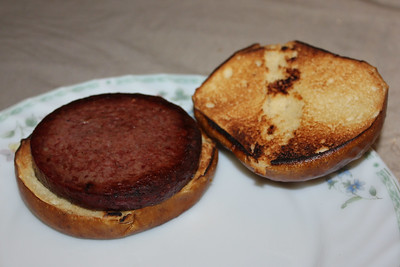 We took an adventurous trip to Pella, Iowa back in May for Tulip Time, and we brought Hannah and Aaron along for the ride. Along with the parades, windmills, and tulips all around, there was plenty of unique food to be had. The best of which, I decided was the “Pella Bologna,” which we got from the In’t Veld Meat Market on Main Street. We fried up a few slices and put it on a toasted Pretzel Bun along with some mustard for a very delicious sandwich. 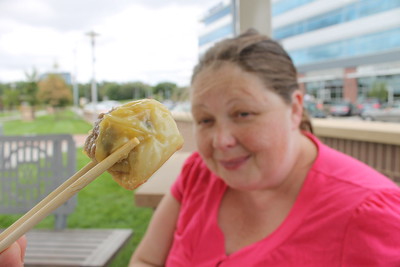 Ever since Phil and Jen introduced us to Dim Sum last year, we’ve been having it nearly everywhere. We ate it on Valentine’s Day and for our First Date Anniversary, but I’ve especially grown fond of getting it at Gold Mountain in Aksarben Village, right across the street from Stinson Park, where our kids come to play at lunchtime. There’s nothing quite as nice as having pork dumplings on a lovely, sunny day. 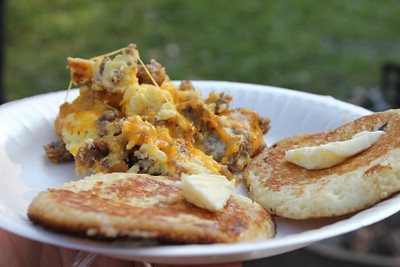 Vivian has become very fond of her cast iron skillets, which she particularly enjoyed using when we went camping down by the river in Louisville over Labor Day Weekend. She made some cheesy eggs and sausage with pancakes for everyone our first morning there. 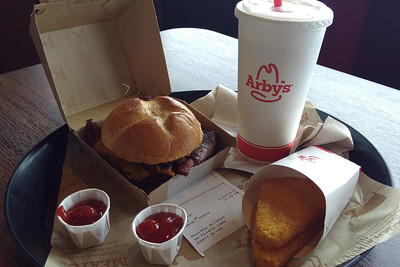 Props to Pastor Ryan for letting me know the first 50 people at the remodeled Arby’s in Bellevue got to have free Arby’s for a year. That means 52 Free Meal vouchers with your choice of sandwich. I’ve been able to eat there over a dozen times so far and haven’t had the same sandwich twice. These include the Bourbon Brisket sandwich, Angus 3 Cheese, Cajun “Deep-Fried” Turkey, Smoke Mountain, the Venison sandwich, and the Gobbler. 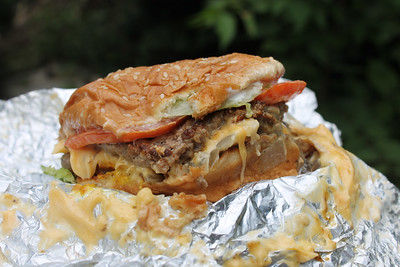 Vivian and the kids surprised me for my birthday around lunchtime with food from one of my favorite burger restaurants. You may not think it’s much to look at, but it’s delicious (and comes with a ghetto grocery bag full of fries). We ate them all together at the Elmwood Park Grotto. 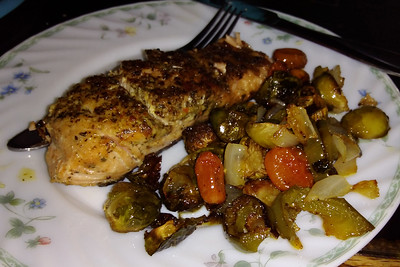 Vivian has been making a unique vegetable medley with summer squash, Brussels sprouts, and a handful of other ingredients inside her cast iron skillet and serving it for meals, side dishes for parties, Thanksgiving and Christmas and just about any other time. It’s worth a mention just because of how much everyone enjoys it, including me (and I didn’t even think I liked Brussels sprouts).