We’ve had some super-frigid temperatures over the past couple of weeks, which has prompted us to find ways to keep the kids busy over the past week or two that didn’t involve being outdoors (or staying inside playing video games all day). 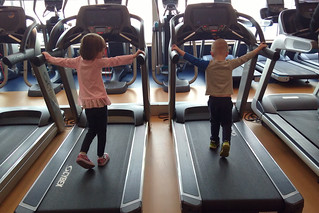 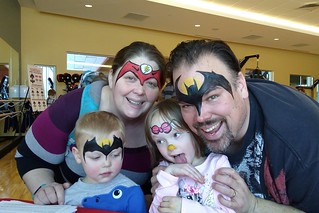 Our first stop was the Kroc Center, which had a fun open house last Saturday. They had face-painting the whole family participated in, along with a red kettle bounce house and various stations around the facility we could check out (in exchange for a spin on the big wheel for a prize). We toured the fitness center, watched some ice sculptures being made, and then finished the afternoon with a long stay at the giant, indoor heated water park.

What makes the Kroc Center unique is that it’s part of the Salvation Army, a religious institution which had a praise team singing during our visit and also worship services on Sunday Morning. We learned a bit more about Ray Kroc via the docudrama The Founder, which is available on Netflix. He seemed like a jerk in real life, but his late wife Joan left enough money for a decent fitness center here in Omaha, so maybe it all evens out in the end. 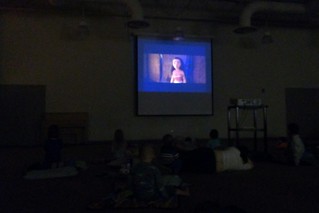 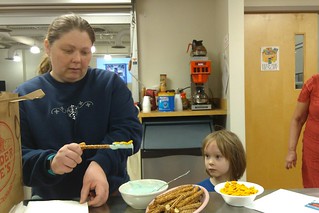 The next day, we took the kids to First Presbyterian for another movie night. This time they got to watch Moana and try out their new fuzzy blankets, which they got from Uncle Jonny for Christmas. They had some crafts and treats after the movie of course, which kept the kids busy (and sugared up) until bedtime. 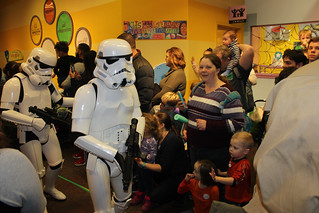 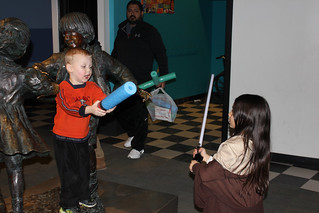 The following Saturday, we took the kids down to the Omaha Children’s Museum for another annual Star Wars Night. Our kids still haven’t seen any of the films, but they still enjoyed seeing Darth Vader and a couple storm troopers with their friends Sammy and August. They were also able to make their own foam light sabers, and Aaron particularly enjoyed dueling with his afterward. There were also several interactive exhibits upstairs, including a fishing pond, a train, canoes, and a microscope. Mostly though, they enjoyed running and jumping around after a few too many days of being cooper up indoors. 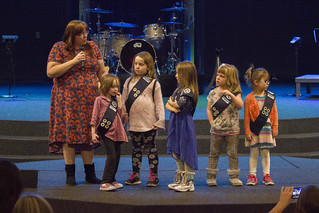 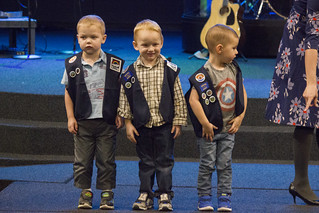 Then on Sunday, MPact had a mid-year presentation for parents at the Bellevue Christian Center. This year, Hannah and Aaron are a Daisy and a Rainbow, respectively, which means they both shared the stage for the first time. They recited a couple bible verses with their friends and got to wear their vest and sash with badges in front of all the parents gathered there. Of course, they also got cookies afterward, which was probably the real highlight of the night for the both of them.

In the meantime, I got to celebrate working at the Pope Paul VI Institute longer than any other job I’ve had. It’s been over four and a half years since I started here, and I’m still loving it — hopefully for many more years to come. I celebrated the occasion down at Chick-Fil-A with the kids.