It’s the season of “spent” once again, which naturally means indulging in a variety of lenten foods together with our friends. 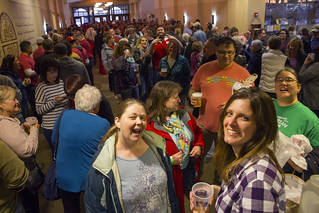 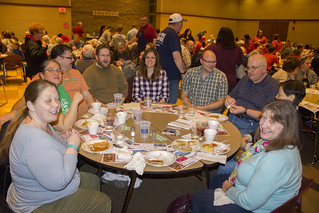 First item on the agenda is a fish fry at our traditional fish fry of choice, St. John Vianney in Millard. Our mutual friends Jenny and Kody, Jon, Phil and Jen, and their parents (who’d never been to a fish fry before) all joined us in the long, long line before getting our fill of fried fish, mac and cheese, french fries, and all the other greasy beige goodies available. My old co-worker Cliff dishes the fish, and Guitar Guy (whose name turns out to be Win) had us all “bah bah baaing” along to Sweet Caroline as we ate. We got a few raffle tickets as well, but nobody won anything. We did also see our friends the Mills — we’ll likely do a fish fry with them at a different venue in a couple weeks. 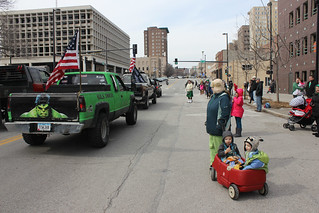 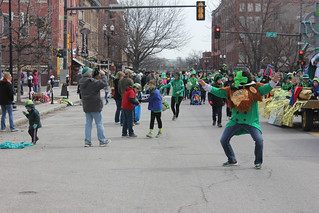 On Saturday morning, we enjoyed some slight-above-freezing temperatures in downtown Omaha to see the St. Patrick’s Day parade, which was put on by the Ancient Order of Hibernians in Omaha. We got to see some Convertibles, monster trucks, and lots of people dressed in green. There was even a legion of Stormtroopers wearing kilts for whatever reason. And of course, there was plenty of candy, and we got a bigger share than usual being at the very tail end of the parade. We wound up missing the first half of the parade, but it was still nice to be able to see our first parade of the year in relatively nice weather (and stumbling upon an already-paid-for parking spot). 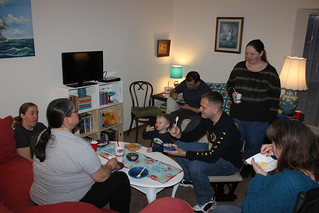 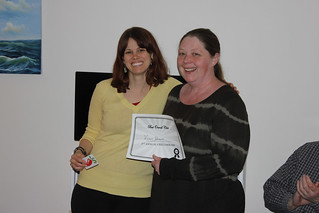 Then that evening our friend Jessica was hosting her Second Annual Chili Cookoff at her apartment. Kate brought her girls, who played happily with Hannah most of the night as the rest of us samples each other’s chili. We saw a number of familiar faces form the night before, including Phil and Jen, who brought along some Mapo Tofu. There was also a rare appearance by Richard Burney, who brought along an Irish chocolate cream pie and a copy of RiffTrax, which kept us terribly amused toward the end of the evening.

Big winners of the night (if Chili gift cards, no less), was Phil for the mist unique chili, Kate for the spiciest, and Vivian for the best overall! We finished off the night with some delightfully weird RiffTrax shorts, courtesy of Richard, which included kids making horrifying monstrosities out of grass. of all things.