I hope everyone’s having a lovely Apruary! Yes, it seems winter won’t let go, so we’ve had another week or two of freezing temperatures and even some snow, but spring and summer are right around the corner. 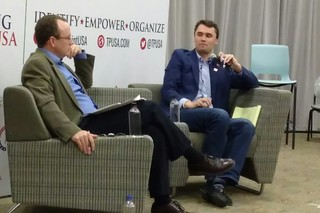 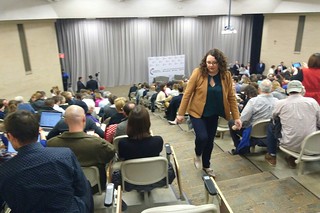 One month after they brought Ben Shapiro to Omaha, the Creighton Chapter of Turning Point USA brought founder Charlie Kirk to campus for a debate with theology professor Dr. Thomas Kelly. A couple hundred people came to fill up a lecture hall in the Rigge science building (most of them students). I saw many familiar faces, including Congressman Don Bacon and Kara Eastman, who’s vying for the Democrat nomination to take his seat. The two were cordial when they met each other, but I found Eastman’s presence interesting primarily because at the same time there was a big fundraiser for Bob Krist at Barrett Castle — and Eastman was apparently not invited. 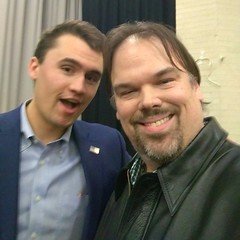 The debate itself was fairly lively, with Kirk making his case for a capitalist worldview that seemed rooted in an Ayn Rand’s objectivism (which he did not mention by name), while Dr. Kelly made a case for a system where government that was “as big as necessary and as small as possible” could control the markets and make everything fair for everyone.

I thought both speakers made their cases fairly well, but when Kirk said that racial inequality was better today than it was fifty years ago, the left-wing row of students in the room all laughed in unison. There were no major disturbances other than one person from this row yelling out in the Q&A, which got her and her compatriots quickly ejected. I actually got roped into asking a question with one other guy who wanted me to give him a “pro-life” question for the Creighton professor. There was a bit of informal meet-and-greet time afterward, so I naturally got a selfie with Charlie Kirk before heading out. 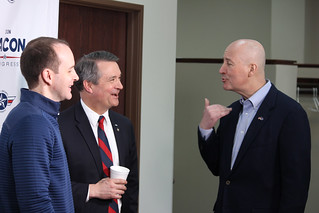 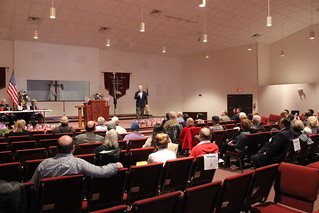 I got to dip my toe into more political waters on Saturday when I attended the Sarpy County Republican Convention. Don Bacon, Pete Ricketts, and Deb Fischer — all of whom are running for reelection — dropped by to shake hands and say a few words to the group of delegates and visitors. I could only attend as a visitor, but it was informative to sit in on a caucus and see how the party and various committees functioned in advance of the state convention (while nibbling some of Eileen’s adorable Bob Evnen Cookies).

Vivian took Hannah for a girls’ afternoon out to make cookies at Aunt Jessica’s house as I took Aaron to grandma and grandpa’s house for some quality Hannah-free time. Then that evening, I read both of them “Marlon Bundo’s A Day in the Life of the Vice President,” which I’d ordered a few weeks ago and arrived today. (I’m not sure how interesting they found the book, but I am proud my kids both know who the Vice president is.) 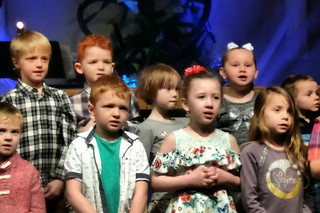 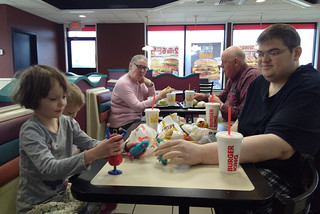 The next day, Vivian went to Grammy’s Cake Club and learned how to make tie-dyed cookies while I went to Grandma and Grandpa’s Church with the kids. Hannah was unexpectedly thrust into the spotlight as her Kindergarten Sunday School was brought to the auditorium to sing a set of songs they’d obviously practiced in advance (without Hannah). She didn’t know any of the words or motions, of course, but she kept her composure like a champ, so I was proud of her nonetheless.

Afterward, we got some donuts as Hannah showed me what she’d made in Sunday School, and then she and Aaron invented a version of duck-duck-goose for two people. Then we went to Burger King to let the kids work off their sugar rush, and Uncle Jonny came by later with some video games to play together. Hannah joined Jonny and me as we played Kirby’s Return to Dream Land collaboratively to finish off the afternoon.