Winter just doesn’t want to give up, does it? Yes, we got snow in the middle of April, as did much of the country over the weekend. It didn’t keep us from any of the fun we had on our schedule, but the kids did have to get creative having fun indoors. 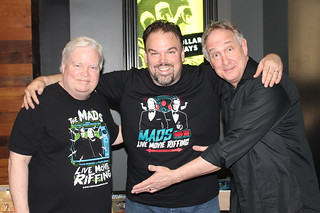 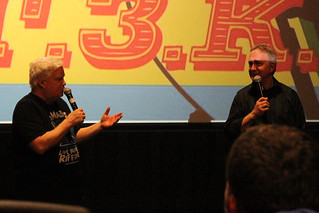 On Friday night, Trace Beaulieu and Frank Conniff — the “Mads” from MST3K — paid a visit to the Alamo Drafthouse in Omaha for some movie riffing. This was the third time I’d met the Mads, having seen them previously at O Comic Con and last year at the Alamo. This was the first time, however, that my brothers Nathan and Jonathan joined me (and Richard) for the riffing. I donned my Mads T-shirt and got in line early to get a new one from Trace before the show started. Their movie of the night was the Vincent Price classic, “The Tingler,” which was a film about a spinal parasite that originally featured gimmicks like buzzing theater seats to surprise movie-goers.

We stuck around afterward to get a few pictures with the Mads and see some of the other devoted MSTies in the meet-and-greet line before calling it a night. 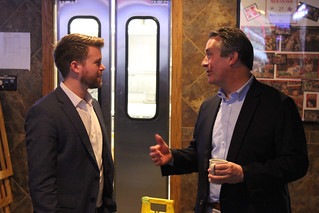 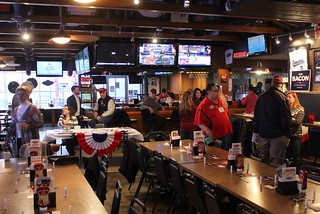 The next morning, I dropped by Jerzes Sports Bar to rub elbows with Taylor Royal, Don Bacon, and a few of the MAGA faithful with Nebraska Patriots for Trump. It seemed like an odd meet-and-greet event as it wasn’t hosted by either of the candidates present, but it was nice to be able to chat with both candidates. I talked with Don about current events such as the Syrian conflict (which had escalated the night before), and I chatted with Taylor a bit about his travels across Nebraska in his bid to be State Treasurer.

I had to take off a bit early so I could run some errands with Vivian and the kids, which included a trip to Costco. In case you hadn’t heard, a blizzard was moving across the state, but we were able to get our chores done and even squeeze in a trip to the Kroc Center before the snow and ice really started coming down. 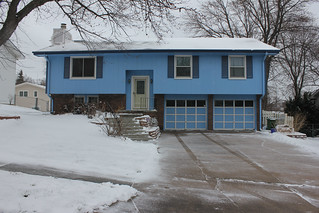 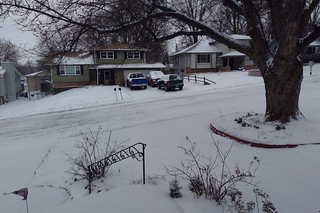 We woke up the next morning to a Winter Wonderland. The roads had been cleared just fine, but it was still plenty weird to have to shovel the driveway in the middle of April. We still made it to church and then had our planned cookout with our friends the Lenarts, albeit inside on a George Foreman grill rather than on the deck as we’d planned.