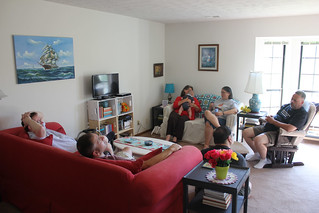 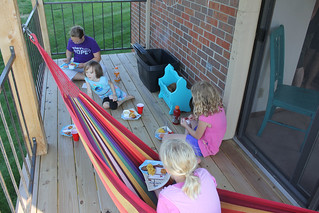 Still fresh from our trip to Kansas City, Vivian and I spent the evening the next day with a bunch of our mutual friends, their kids, and a baby at Aunt Jessica’s apartment. She got sushi for everyone for one “last hurrah” at her apartment before… well, I don’t think anyone’s sure yet. Anyway, it was a chance for us to hang out with our friends again and let our mutual cluster of kiddos play with one another, mostly by taking the balcony hammock for a ride.

Considering I’d been at this apartment less than two years ago for the “housewarming,” it felt strange to be coming full-circle so soon. 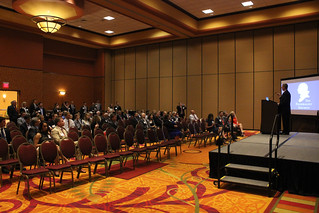 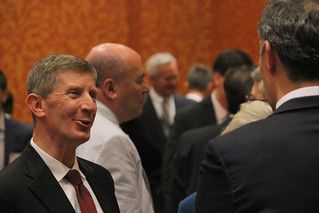 A few days later, I attended a reception for L. Steven Grasz hosted by the Federalist Society’s Nebraska Lawyers Chapter. Grasz is a Nebraska native and was recently appointed to the Eight Circuit Court of Appeals by President Trump. There were a handful of VIPs in the audience, including Lt. Gov. Foley, Hal Daub, Aimee Melton, and plenty of law students and practicing attorneys in the area. The emcee was State Senator Mike Hilgers (whose dad I happen to work for), and he gave a brief introduction to Grasz before he took the stage.

I was fairly impressed with Grasz. He illustrated his judicial philosophy with a passage from Animal Farm, where the pigs famously altered their list of commandments painted on the barn. He seemed to differentiate between being a Constitutionalist, an Originalist, and a Textualist in ways I couldn’t follow, but he clearly laid out his philosophy when asked during the Q&A when popular opinion could override parts of the Constitution. His answer, outside of amending the Constitution, was never.

I think I can see why the ABA declared he was “unqualified.” 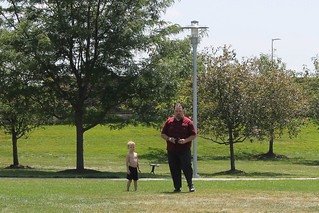 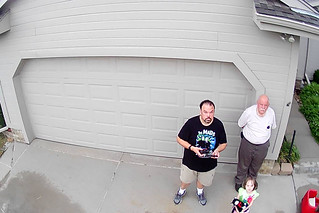 In other news, Vivian gave me a drone for our ten-year anniversary. It was an interesting little “Foldable Rocket” with a camera that could broadcast a live feed to my mobile phone as I piloted it around. I took it for a test-fly at the park, but Aaron quickly found another kid’s bike to be far more interesting. The little drone took quite a few crash-landings as I tried to get the hang of flying it, but it proved to be fairly durable, barely getting a scratch as it ran into trees, buildings, and other things (including me).

The battery only gave me about ten minutes of flight time, but that was more than enough time to get some fun pictures and videos from it. Once I get the hang of it, I may try flying it somewhere more interesting than the backyard. I did have some fun showing it to my dad at his house. My kids seemed to have more fun with his new chair, which they could apparently take for a ride up and down. 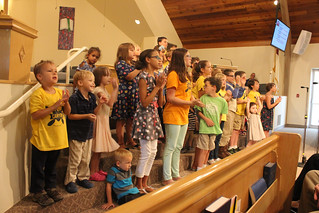 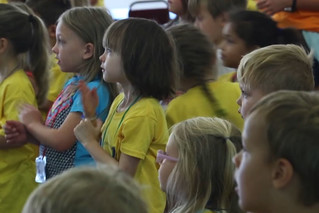 In the meantime, Hannah and Aaron were also having a week of VBS at First Presbyterian in Bellevue. I didn’t get to see any of this myself, but Hannah and Aaron got to tell me when I got home how they learned about Baby Moses, the healing of Naaman, and other river-themed Bible lessons (which went along with the “Splash Canyon” VBS package the church was using). Then on Sunday we attended church at First Presbyterian, where Hannah and Aaron got to do some of their songs at the front of the church (with the motions, of course). It was very fun to see them doing this with all their friends, and we stayed afterward to have fried chicken for lunch afterward.

We’ve had a lovely cool end to July, just perfect for breaking out the bike for a ride or two to work. We’ll have to squeeze in a few more things before summer’s end — a trip to the lake, the splash pad, and hopefully a bit of painting our house.