Vivian and I got to enjoy a couple lovely days in Kansas City to celebrate a decade of marriage together! Grammy was kind enough to handle the kids while we were gone, which made this a rare chance for us to get some kid-free time together. 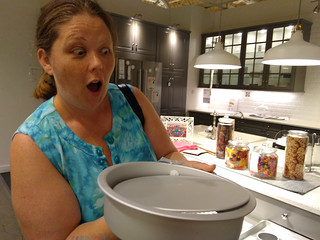 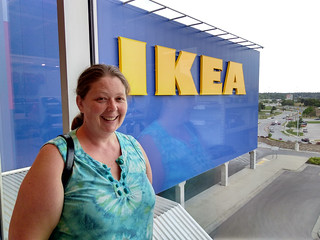 We headed on down Thursday afternoon, putting some 535 miles of wear-and-tear on a rented Kia, which I’d estimated cost less than the same on our own car.

Then we spent the rest of the afternoon at IKEA, having a few of their signature meatballs as a snack before browsing the various home and kitchen items on two floors and finding quite a few things that we actually needed — and all dirt cheap. Vivian was most impressed with the children’s play area, where we play to drop the kids of the next time we visit (so we can have a meatball lunch all by ourselves). 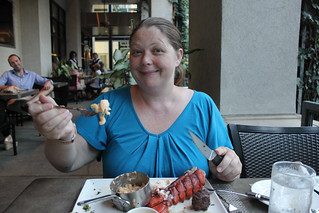 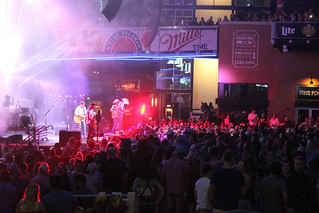 From there, we checked into our hotel and then strolled down to the Power & Light District to have a surf-and-turf dinner at Bristol, commemorating our honeymoon on Bar Harbor ten years ago. I got to give Vivian an aluminum cheese plate and a couple souvenir packs of cards I’d been holding onto for nine and ten years. (There was also my ten-year anniversary comic ready as well, of course.)

We got some Crème brûlée for dessert and then took a quick walk around the District, checking out a free concert with the Casey Donahew band just around the corner. I’m not a country music fan, but it was fun to see such a packed house enjoying the free music. After that, we dropped by Union Station long enough to poke around a few of their exhibits and see the colored fountains across the street before heading back to the hotel. 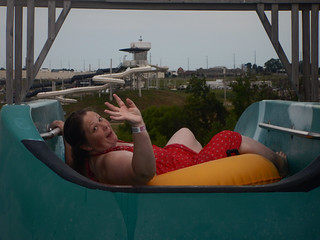 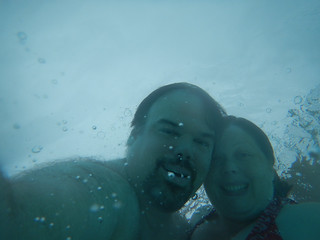 The next day, after a greasy breakfast at Waffle House, we spent a couple hours getting wet at Schlitterbahn. A number of our friends had raved about this particular water park for years, so we’d had it on our short list of places to visit in Kansas City (even after that particularly gruesome incident in 2016).

We had a good time going down a few slides on tubes and riding through the rapids and waves on the multiple rivers around the park, but the place seemed to be a bit of a disappointment. About half of the rides were closed for various reasons — some having failed inspections and others being “short-staffed.” I doubt we’ll be going back anytime soon, and I wouldn’t be surprised if it closed before then. I also discovered my dad’s waterproof camera wasn’t quite as waterproof as advertised, which was another massive disappointment, but we still enjoyed ourselves (and got tickets at a discount from Groupon). 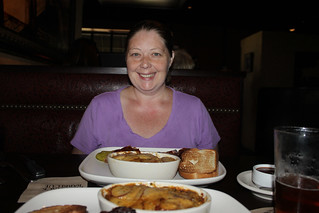 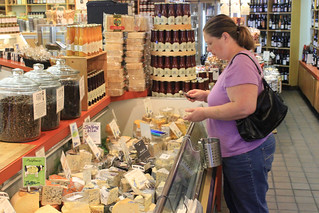 We spent that evening at the Country Club Plaza, having dinner at our favorite KC restaurant, Jack Stack. I got my usual platter of meats (beef ribs, beef brisket, and burnt ends) with a cheesy potato bake, and we shared an obligatory piece of their insanely good carrot cake for dessert.

The weather was an insanely gorgeous 70-80 degrees during our stay, making for a much more pleasant walk through the Plaza than in previous years (when it was around 100). We walked down to the Better Cheddar to splurge on some fun cheeses from their collection, as well as a bottle of balsamic vinegar from Modena, Italy. Phil Rosenthal had raved about it on his Netflix show, Somebody Feed Phil, and while it tasted similar was “regular” balsamic vinegar, we found it to be far smoother and a bit sweeter, much like a fine wine.

We finished off the evening watching The Incredibles II at the Cinemark before having a romantic walk along the riverfront before calling it a night. 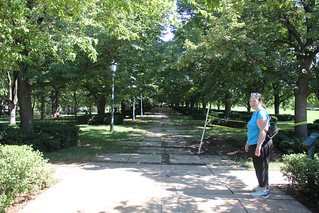 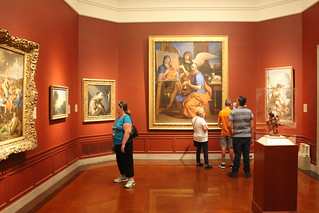 We headed home the next day, but not before a quick trip to the Nelson-Atkins Museum of Art. I can’t recommend this place enough, as they have a lovely collection of work from all different eras. Vivian and I especially like the Impressionists, and I love the broad, vivid brushstrokes of Claude Monet and Paul Cézanne. I also admired a pair of paintings by Rococo artist Gaspare Traversi, each of which featured one person eerily breaking the fourth wall (and staring into your soul).

The weather was still lovely outside, which made for a nice stroll through the Museums beautiful (shady) grounds to and from our car (parked a few blocks away). Then we got some lunch (and tacos) at Jack in the Box before heading home — a place Vivian had grown up with and one you can’t find in Nebraska. 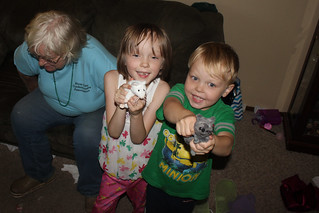 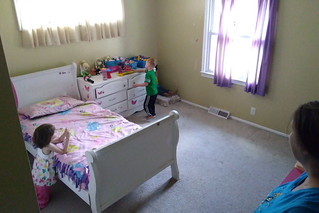 We made a brief detour through Nebraska City to pick up some apple wine and an apple pie on our way back home. Hannah and Aaron had been surprisingly good while staying with Grammy for the past couple of days, and Hannah’s room had somehow become magically clean while we were away. I’d gotten them each a mouse from IKEA as a surprise when we returned home (which Hannah named “Lisa” and “Dockendock”.)

Happy ten years, Vivian! I can’t wait to see what the next decade has in store.