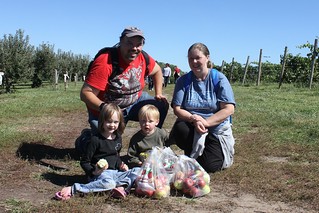 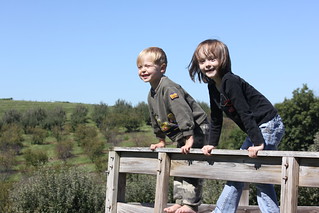 Fall is officially here, so we kicked it off with our annual trip to Nebraska City to celebrate the 50th Applejack Festival. We dropped by the firehouse for our pancake breakfast with the Pancake Man and let the kids climb inside the fire trucks. We walked down to the library hoping to see a traveling exhibit from the Omaha Children’s Museum, but they didn’t have one this year, so the kids played with Legos for a bit before we headed out.

We headed on up to Kimmel Orchard around noon and gave the kids a good amount of time to play on their new playground. Then we took a hay rack off to the orchard to scavenge for some apples. It seemed every apple we found was rotten or full of holes, which was disappointing, but we somehow managed to find enough trees with good apples to pick about twenty pounds of them, which we took home with us (perhaps to turn into Apple Donuts, since the line for those was so ridiculous). 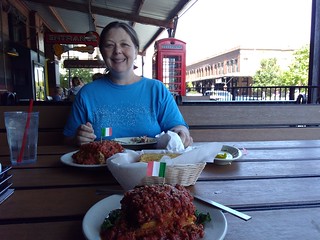 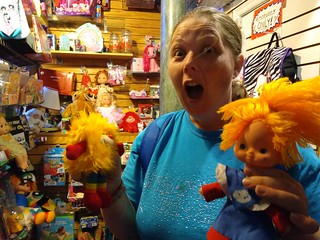 A few days later, it was Vivian’s birthday! I took the whole day off so we could go out to lunch together at Spaghetti Works downtown. It was a beautiful day, so we had lasagna together (and ice cream) with a few friendly birds outside and then had a nice walk up and down the Gene Leahy Mall, enjoying the scenery before it all gets demolished and paved over in the next couple of years.

We also stopped by the Imaginarium in our walk through the Old Market, which was a kind of vintage toy store with many items Vivian and I recognized from our childhood. In particular were a couple Rainbow Brite dolls and a handful of Masters of the Universe toys, many of which I personally owned. 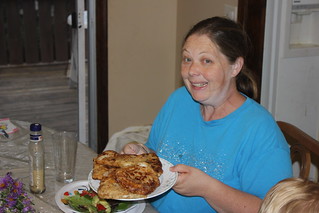 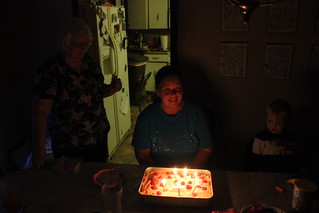 That evening, Jack and Donna came by and grilled up some calamari steaks for dinner (which they got from some secret seafood distributor in town). I grilled up some shrimp-on-the-barbie and we had a tasty dinner with the kids, followed by raspberry lemonade cake (with candles). We had some presents afterward, including some cheese from Cowgirl Creamery and cards personally decorated by the kids (and me). It was a fairly full day, with more than a few leftover left over.