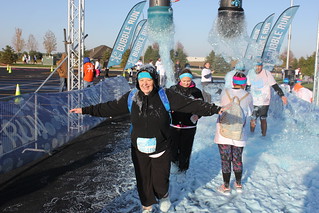 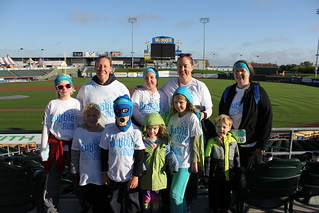 After nearly a week of non-stop rain, we finally got some gorgeous weather toward the weekend as fall colors started to bloom. Then early on Saturday morning, Vivian decided to go for a Bubble Run with Kate and her girls down at Werner Park. It wasn’t so much a run as a stroll weaving up and down the parking lot, but they had a couple bubble stations that provided some fun suds for the kids to play in afterward. They got to throw soapy clumps at one another like a snowball fight (without the freezing) before we headed home for coffee and oatmeal afterward (and a sunflower). 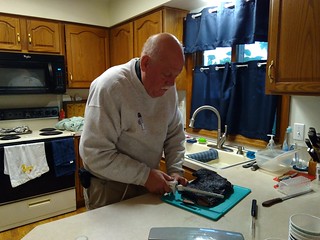 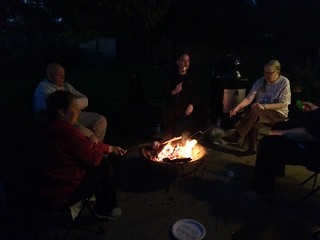 I had a fairly busy day afterward, dong a bit of touch-up painting on our garage door and mowing two lawns (my parents’ and my in-laws). Then we had a lovely dinner at my parents’ house as we burned a couple bins of wood on a roaring fire pit. My dad had smoked about eight pounds of beef brisket for the occasion, which we ate out on the patio together as the sun slowly went down. Then we broke out the leftover marshmallows form our camping trip and had a couple s’mores on the fire once it got dark. (Uncles Nathan and Jonny were on hand as well, but they spent most of their time playing video games, per the norm.) 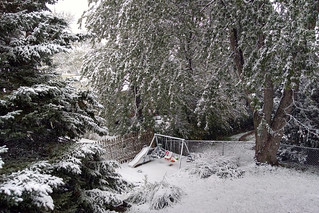 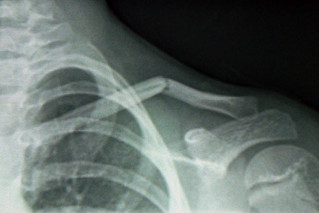 Then on Sunday, winter decided to pay us a visit right after church. In a few hours, we had four-and-a-half inches of snow in a freak October blizzard that turned Omaha into a winter wonderland. Most of the trees had barely shed their autumn colors, of course, so we had downed branches and downed power lines all over town. Our power stayed on, fortunately, and Hannah got to play a bit in the snow.

Then that evening, we dropped by First Presbyterian Church to have some hot dogs and watch Paddington 2. Immediately thereafter, Hannah had a mishap piggybacking with a friend and wound up breaking her clavicle. She’ll have to wear a brace for the next 4–6 weeks and forgo any swinging or slides, which will make our annual trip to Vala’s a whole more challenging. (On the upside, however, she won’t need surgery.) 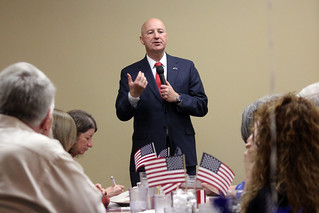 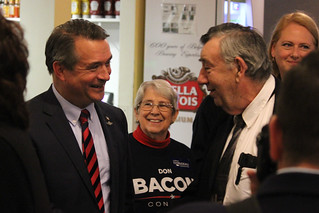 Then on Monday evening I got to rub elbows once again with Don Bacon, Pete Ricketts, and a handful of other GOP candidates meeting and greeting down at the Garden Cafe. I had fried chicken with a few fellow Republicans before listening to candidates give brief stump speeches before the crowd. In addition to Bacon and Ricketts, we also had state senators Robert Hilkemann and Theresa Thibodeau, District 6, Bob Evnen, Pat MacPherson, Tim Schram, and Sheriff Tim Dunning say a few words. I also got to meet New York Times reporter Jeremy Peters, who did an interview with Bacon after a Q&A session (and some selfies) with his constituents.

I’m a bit embarrassed to say I’ve been having dinner with my Governor and Congressman more often these days than with my own friends. But as I’ve said repeatedly, one of the best things about living here is how frequently I get to chat with my elected officials. I won’t ever take that for granted.