I just wrapped up a fairly busy week juggling two birthdays and then handling the kids solo over the weekend as Vivian had a weekend retreat with her bible study friends. It rained most of the time, so I stayed indoors as Hannah wrote and illustrated her first storybook by herself (and a little help from Google Docs). 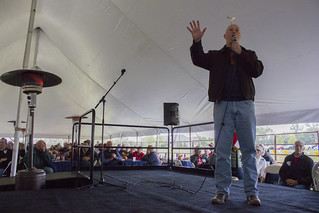 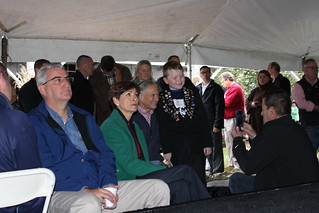 Then I had a fun, busy Sunday meeting Governors from four different states at the Nebraska Steak Fry: Kim Reynolds from Iowa, Eric Holcomb from Indiana, Greg Abbott from Texas and (of course) Nebraska’s own Pete Ricketts. The event was held at Neale Farms in Ft. Calhoun, and it was gray, drizzling, and fairly muddy, but there was still a fairly good turnout (of about 400 people) A band played country music as we mostly kept dry under the tent and under the long awning of the barn as we waited for the festivities to start. The event was a fundraiser for Ricketts’ re-election campaign, but I still got to shake hands with all the VIPs, including the patriarch of the Ricketts family, Joe Ricketts.

We had a brief presentation with the Color Guard before dishing up our steak dinners. John Orr (son of former Gov. Kay Orr) was the emcee and kicked things off before the Governors all got to speak. They all gave fairly standard conservative stump speeches, all with kind words about Gov. Ricketts, but Abbott seemed to hit all the hot buttons. My dad came with me to the event and said he was like “a fiery Southern Baptist Preacher.” I managed to embarrass myself when I bumped into Gov. Holcomb in line for coffee and didn’t even recognize him. I mistook him for local politician Dan Frei and even asked his name when I couldn’t figure out why he looked so familiar. (I figured it out later when Gov. Ricketts introduced everyone).

I didn’t get any photos with the VIPs themselves, but my friend Mason the Button Boy did, getting snapshots with just about everyone and scoring a new challenge coin from Gov. Abbott. 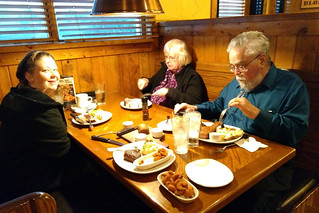 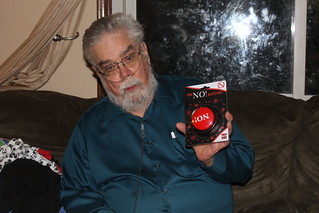 That evening, Vivian got home from her weekend with the WAG girls, and I had just enough time to change clothes and get some dinner for the kids (from Baker’s) before it was time to have a birthday celebration with Jack. We took Vivian’s parents out to Outback and all had steak together with a bloomin’ onion. We returned home afterward and had some tasty Neapolitan torte after Jack opened his presents. One of them was a giant red “No” button something that I’m going to have to put n my Christmas List.