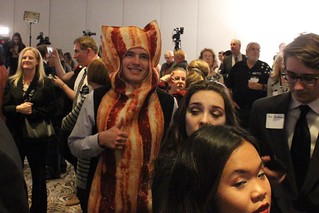 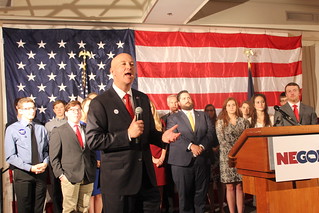 So there was an election on Tuesday, and I got a front-row seat on Election Night, rubbing elbows (literally — the place was crowded) with a few candidates and hundreds of other people crammed into the Omaha Marriott. Everyone I voted for on my ballot pulled out a win, including Pete Ricketts, who got a second term as Governor. Practically the entire Ricketts clan was there, and I got to meet lots of them including Pete’s mom and dad and his sister Laura throughout the night. I also went “backstage” with the family of Theresa Thibodeau, who tensely watched the election returns for her bid for State Senate (which she sadly lost). I spent a good deal of time chatting with Thibodeau’s mom, who worked at the Pope Paul VI Institute some 30 years ago.

I had hoped to stick around to see Don Bacon win re-election, but it was still too close to call by 10 PM, so I called it a night. I talk a lot about politics on this blog, particularly how I enjoy meeting so many of the people I get to vote for, but things seemed to be more personal after this night. Personal attacks in campaign ads suddenly hit a lot closer to home when you hear about them from a candidate’s mom. I also got to see Pete Ricketts give his dad a hug after his victory speech. It’s so easy to see candidates and politicians as just their party labels and not as human beings, especially in our detached age of social media sniping. 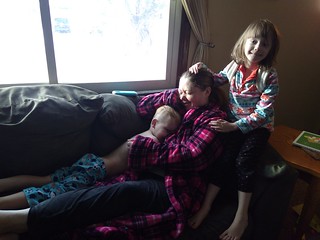 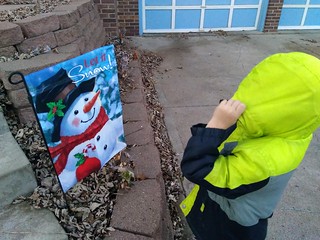 In other news, winter came through in an arctic blast last week (and a new banner from Grammy). We also changed our clocks, and now Aaron’s been getting up before 5 AM every single day. That’s been a nice change, actually, since I’m now getting in a morning workout with still an hour or two left over for coffee and breakfast with Vivian and the kids before work. Of course, I also have to get to bed that much earlier, but “Early to bed and early to rise,” as the inventor of Daylight Saving Time once said.