It now feels like the Christmas season is truly upon us, specifically because we now have a blanket of the “white stuff” all over everything. But first, other news. 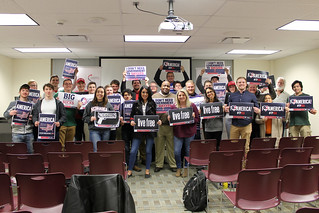 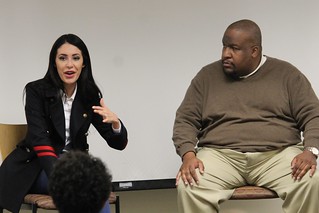 On Wednesday last week, the University of Nebraska-Omaha chapter of Turning Point USA brought their first speaker to campus — Anna Paulina, Director of Hispanic Engagement. She was joined by L. James Wright, deputy director for Congressman Don Bacon, to talk about how Republicans and conservatives can reach out to the Black and Hispanic communities.

It was a fairly modest turnout, but a good discussion overall. In the audience was Dr. Jonathan C. Benjamin-Alvarado, Assistant Vice Chancellor for Student Affairs at UN-O, and he seemed to give TPUSA a much warmer welcome that they received at that other University down the street, which was encouraging. 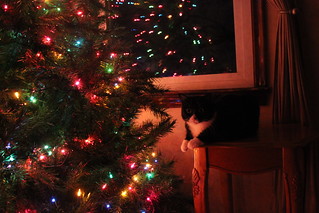 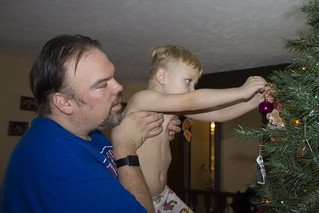 Over the weekend, we got some more Christmas festivities underway, specifically finishing our decorations putting up the tree and getting it decorated with the kids. It was nice to bask in its soft, warm glow once again, and both kids seemed to be a bit more eager to help decorate the tree this year rather than take down and play with all the ornaments within reach.

We also brought out Santasaurus after a year in the garage to join in the festivities. Zoey the cat, on the other hand, seemed somewhat sad to lose her perch in front of the window. 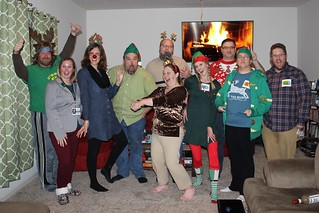 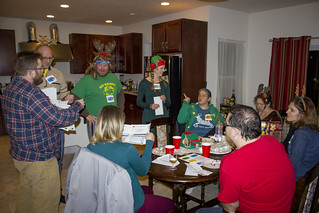 Then on Sunday, we got a fair bit of snow that turned Omaha into a white-frosted wonderland. It was a heavy, wet snow, which was thick enough to break my shovel as I tried digging Grammy out of her house.

The roads seemed clear enough, though, for us to continue to host the Christmas-themed murder mystery we’d planned with a handful of our friends. Because of the weather, several guests dropped out, but we still had enough left to put on our show, which was fun. We had people playing reindeer, elves, and Santa Claus all mixed up together with food and wine (and donuts) to go around. We also handed out prizes for the best costume, the best actor, the best sleuth, and the guest who took the most bribes (which was apparently part of the game).

It was lots of fun overall, but I feel terrible for our mutual friend Kate, whose car was hit that same evening by a truck that crossed the median on Highway 370. Everyone walked out of the accident fine, but her car may be totaled in the process, so please keep her in your prayers. (Thankfully, the driver who hit her has insurance.)