Just about everyone around here has had it with the non-stop winter, as we continue to shovel our way out from more and more snow even as we approach the first day of spring. We did get to have a brief window of not-snow for about a week or so, but at this point I’m thinking we’ll still have snow around by May. 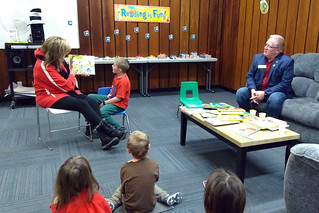 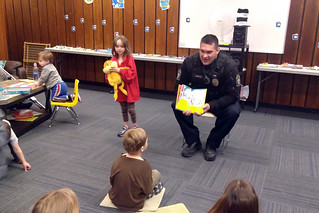 On Saturday, we celebrated Dr. Seuss birthday down at the Bellevue Public Library with the kids. We had some special guests like Mayor Rusty Hike and his wife as well as Officer Doyle from the Bellevue Police Department com to read to the little ones. Vivian and I read a few choice books to the kids as well, though they seemed to have more fun playing with some of the Dr. Seuss toys and finding their corresponding books. A few of Hannah’s little friends stopped by as well, and I stayed long enough to check out a few things before we left. 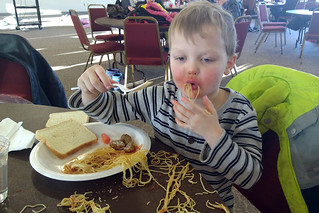 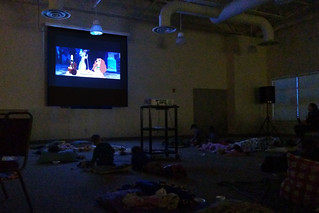 Then on Sunday, we broke out our sleeping bags and dropped by First Presbyterian for another movie night with the kids. This time, they showed Lady and the Tramp, and for dinner they had spaghetti, which seemed appropriate. Aaron enjoyed it in a way only a four-year-old could, while mommy and I reenacted an iconic scene from the movie (which was st a bit more difficult with angel hair pasta). Some of the same little friends we bumped into on Saturday were back to watch the movie with us, which was nice.

For Fat Tuesday, Vivian made up a nice, giant pot of jambalaya using her new cast iron Dutch Oven. Then on Thursday we were inundated with even more snow. Winters apparently not done with us yet.