It seems like we’re always busiest when we’re having fun, and even though I’ve been plenty busy at work lately, it doesn’t compare to our non-stop activity all throughout the weekend. 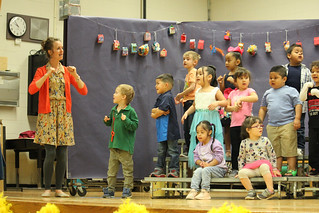 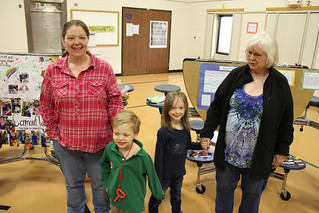 On Friday morning, Aaron had an end-of-year “spring concert” with his little friends at Spring Lake. They sang a handful of songs for us, complete with the motions (and egg shakers) you’d expect with any children’s song. They also had displays for every class showing some of their activities throughout the year, including visits from Grammy and the raptor handlers from Fontenelle Forest. Mommy, Hannah, and Grammy came along as well, and I came just long enough to snap some pictures before heading back to work.

Then that evening Vivian and I finally watched Avengers: Endgame over a big old bowl of popcorn. We are now spoiler-proof! 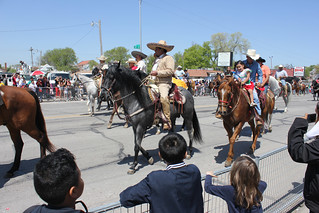 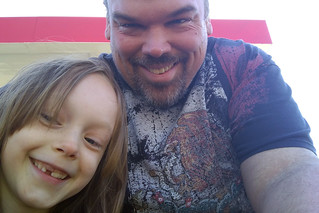 Then on Saturday morning, I took Hannah down to 24th and G to watch the Cinco de Mayo parade in South Omaha. We hadn’t been there for a couple years, and we discovered there are now barricades all along the parade route. The parade itself had the standard Mexicans dancers, costumers, horses, and Hydraulic Bouncing Lowriders. There were also numerous Halloween-themed participants, which was even more bizarre than the guy in a kilt. There were a few politicians as well, and I gave Mayor Stothert props for picking up a stray plastic bag that skittered its way across 24th street. Hannah was able to fill a big with so much candy she had trouble carrying with us back to the car. 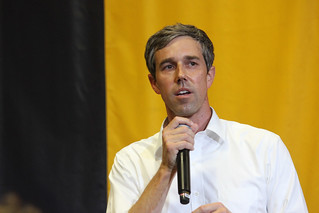 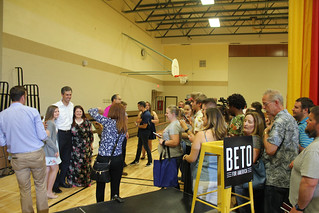 I returned home with enough time to catch my breath before heading right back across the river to see Democrat presidential candidate Beto O’Rourke. A couple hundred people (and some vendors) showed up to Woodrow Wilson Middle School to hear him prattle off platitudes like an old-timey preacher, but what impressed me most was his Q&A, where his first question was from a guy wearing a Gadsden Flag as a cape (and a “Make Taxation Theft Again” hat). That took either guts or complete ignorance. He also answered a question in both English and Spanish, reminding me of how I liked Marco Rubio being able to bring a message home to Spanish-speaking Americans.

Beto stuck around for photos with everyone afterward, but I didn’t get the chance to shake his hand or way hello — I had to stay on schedule! 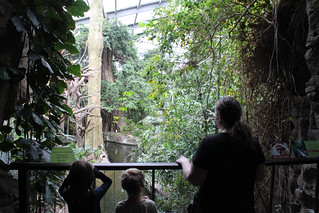 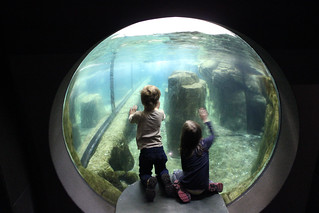 I returned home for a quick bite to eat and then headed right back out again for a free night at the Zoo! It had been a while since we’d all gone as a family. so it felt good to be back among such familiar sights as the giant globe and gorilla statues. Many of the animals seemed to be sleeping, though the bats in the jungle area were wide awake (and pooping on everyone). The aquarium was still open as well, making for as lovely as walk-through as always. We got to see a handful of monkeys, birds, and otters hanging around, and we also went through the butterfly pavilion before wrapping things up. Hannah finished our visit by chasing a peacock around before we headed on out. 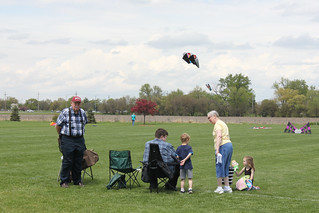 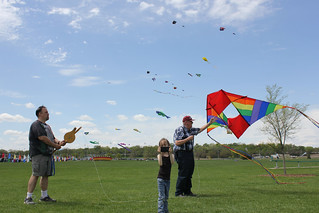 Then on Sunday, we went back to the La Vista Sports Complex to fly a kite with Grandma, Grandpa, and Uncle Jonny after church. This has been a family tradition for a couple years now, and we almost missed it thanks to a line of thunderstorms that were nice enough to pass us by. Dad let me assemble the kite and get it airborne this year. The wind was strong enough to make it fairly easy, and we even got to tie Tinkerbell to the center strut to spend some time in the sky. It was just about as perfect an afternoon as you could ask for, and the kids even got to have ice cream before we headed home (courtesy of Uncle Jonny). 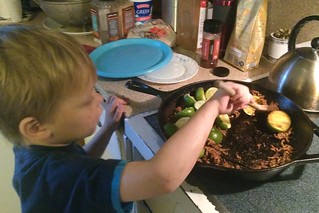 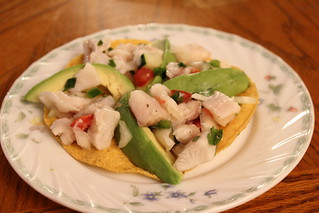 I got some food from Aldi for Cinco de Mayo and then headed home to give the lawn a quick mow before it started raining (for the entire week). We were lucky to have lovely weather almost all weekend long, giving us a chance to enjoy our briefly-blooming tulips and lilac, even Zoey the Cat got to spend some time outside.

Vivian made up some tacos for the kids, which Aaron helped her to make. Then once the kids were in bed, we had some tasty tilapia ceviche together, devouring two pounds of fish between the two of us while watching the Three Amigos together, a film I hadn’t seen since I was a kid (and didn’t find as funny as I’d hoped).

It was a busy, busy weekend, but now I have a week back at work to rest up before the next round of fun!