We’ve had a week or so to recover from our camping trip, but we’re quickly transitioning into another school year in the process. Aaron will be spending his pre-Kindergarten year sharing home-school activities with Hannah and doing some other work to prepare him for the possibility of full-time public school. Hannah’s also got her home-school class lined up and just got to meet her new teacher with classes nearly ready to start. 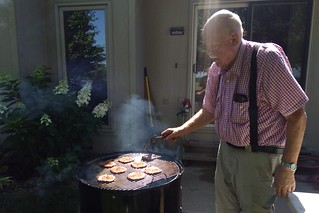 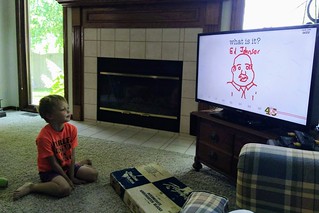 In the meantime, Vivian was brave enough to leave me alone with the kids over the weekend as she went off to a B&B with her lady friends for a girls-only weekend. I took the kids to grandma and grandpa’s house over the weekend to mow their lawn and have some burgers for lunch. We also played some Pictionary-style games on Uncle Jonny’s Nintendo Switch, which even Hannah was able to participate in. 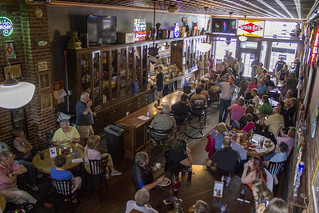 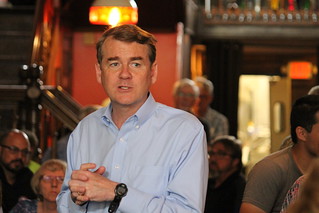 Then on Wednesday, I dropped by Barley’s in Council Bluffs to see Colorado Senator Michael Bennet, one of about five hundred Democrats currently running for President. His brief stump speech was more criticism of Trump than talk of actual policy, though he only briefly touched on overturning Citizens United, which seemed to get the most response from the crowd (aside from a brief mention of Congressman Steve King).

Bennet was probably the most punctual candidate I’ve seen so far, starting and stopping nearly to the second between noon and one. He stuck around for fifteen minutes afterward meeting and greeting guests, and even signing autographs for one super fan, who had a gift for him from Nebraska. 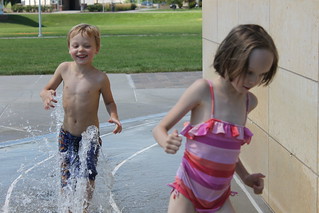 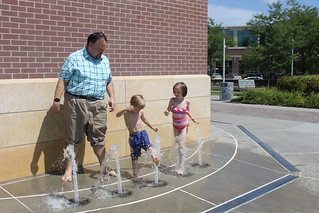 With summer winding quickly down, Vivian and I decided to have one last rendezvous at the park before they shut off the fountains for the winter. There were far fewer kids with school back in session, so we had the place almost to ourselves. After a quick bite and a swing, Hannah and Aaron had a good run getting wet around the spire through the water. I forgot to bring my trunks, but that didn’t stop me from rolling up my pant legs and joining them for a bit as well. 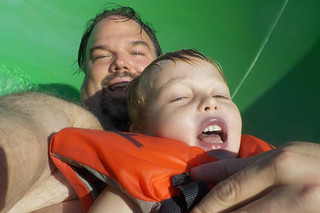 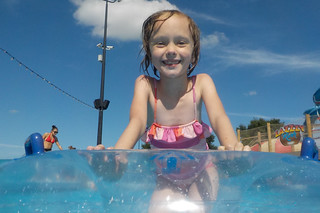 Then after work, I joined the kids for a spur-of-the-moment trip to Fun Plex. The Omaha water park is only open for a few more days, and they had a deep discount for guests this week only before shutting down for the season, so we dropped by with the kids to take advantage of it. After getting a bit wet in the children’s area, we took the kids for some floating in the giant wave pool and then along the lazy river. They both had the most fun over on the water slides, of course, and both Hannah and Aaron went down on their own this time around, which was something of a milestone.

We had just a couple of hours to enjoy ourselves before heading home, grabbing some Krispy Krunchy Chicken for dinner at the corner of 36th and Chandler. The place was highly recommended by my dad and was much better than you may expect coming from a gas station.