We had a delightfully short week, thanks to Labor Day, and now we’re speeding headlong into a busy fall season and another school year. 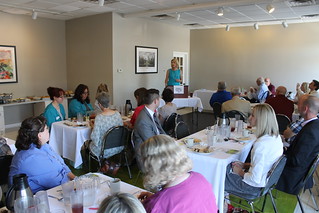 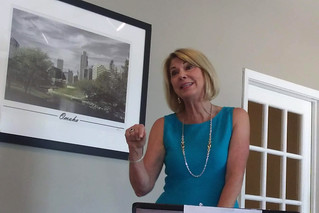 On Wednesday, I attended a luncheon with Mayor Jean Stothert and the Business and Professional People for Life at the Garden Cafe. I’d attended this lunch many, many times before, but this was the first time I’d brought my dad along, who seemed to get a kick out of talking theology with the Catholics at our table.

Strangely enough, Mayor Stothert kept very much to a budgetary stump speech, talking mostly about the new trash contract with the city and other fiscal issues. She didn’t talk about pro-life issues until one person specifically asked her to during the Q&A, during which she briefly mentioned she’d been pro-life since her days as a nurse and it was one reason she didn’t attend the “Women’s March” that happened a few years ago. 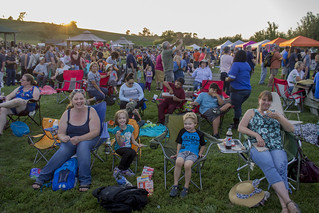 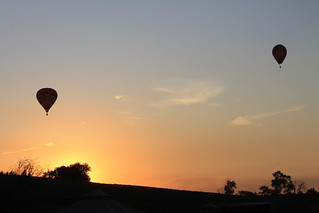 Then on Friday, we took the kids out to Ditmar’s Orchard for a lovely evening of balloon watching and quality outdoor time in the country. There were a few new additions to the playground, including a rolling slide made of PVC pipe and a teeter-totter airplane (in addition to the swings and monkey bars). There were a few other photo-worthy attractions, such as a set of stocks that we made use of, and a “Dr. Oxygen” was on hand to make bubbles for the kids to fight over trying to pop on our way back to our seats.

The balloons started sailing in around 7:30, sailing over the hills to the west before getting carted back to the orchard to re-inflate and glow for everyone. Our friend Lisa sat and had some snacks with us, such as some apple cider donuts I grabbed in advance. Then the balloons took turns glowing in sequence before the guests were allowed to come up close and take a look at them. This all seemed fairly routine for Hannah, who mostly wanted to get back to the playground, so we let her and Aaron have some more fun after dark as the band Clean and Easy played songs for us until around 9:30 or so. 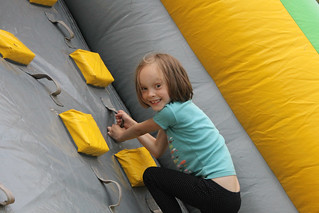 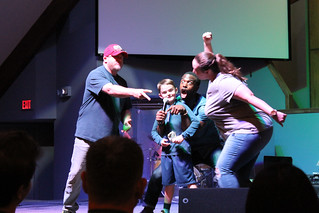 Hannah and mommy went to a birthday party for her friend Lily on Saturday as I stayed home with Aaron and set up my new Raspberry Pi to play BurgerTime for his amusement. Then around dinnertime we went down to Wildewood Christian Church for their Saturday Spectacular. This consisted of BBQ sandwiches and hot dogs for dinner, along with a few indoor games, and an inflatable bounce-house and obstacle course outside, which kept the kids busy most of the evening.

Then around seven, local comedian Jarrell Roach came to do a stand-up set, much of which included audience participation. He had us doing rock, paper, scissors and singing the ABCs, and he somehow made it funny. He also brought up one “lucky” audience member to demonstrate the difference between men and women toward the end of the show. It was the first time Hannah or Aaron had seen a stand-up comic, and they surprisingly seemed to enjoy every bit of it.

We’ve got more activities in store this week, much of which will be political. In the meantime, we’ll be busy recovering and hopefully be ready for more fun soon.