Fall has finally rolled around again, though it might not feel like it yet, which means harvesting plenty of tomatoes for bruschetta and autumnal flavored coffees at Aldi. 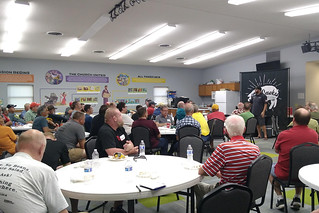 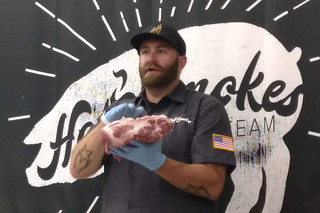 Men of God at Wildewood got together last week for the first time since last spring. On this week’s agenda was learning the manly art of barbecue, with Zach (and Fred) from Holy Smokes up in Sioux Falls. Zach is a hooligan-turned-pastor who has both a church and a barbecue business, so he gave us the run-down of different types of barbecue, methods for cutting a pork butt for smoking, and all the tips and tricks of slow-cooking meat on a variety of smokers to get that sweet coat of “bark” that everyone loves.

We had some barbecue pulled pork sandwiches for together before Zach’s barbecue run-down, and we each got a package of rub to take home with us. I’d never given much thought to smoking meat before, it sounds like it would be perfectly fine to do it with our humble propane grill on the deck, so maybe soon I’ll go give it a try. 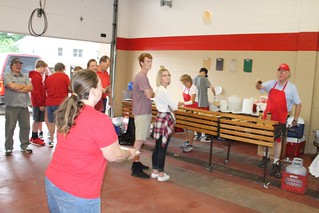 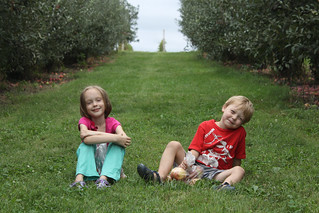 Fall also means that it’s time for the Applejack festival in Nebraska City. The weather looked foreboding, so we brought an umbrella just in case, but despite the dark cloud looming overheard we didn’t have a drop of rain until we left.

We started the day with a pancake breakfast down at the firehouse, catching a flew flapjacks and letting the kids climb on a firetruck or two. We stopped by the book sale at the library to grab a few new books for the kids and samples some honey from the Calvary Church pavilion up the street, stopping to admire some old brick-wall advertisements and smell the roses along the way.

We spent most of our time down at Kimmel Orchard, riding the hay rack down to the rows of Jonathan, Honeycrisp, and Gala trees so Hannah and Aaron could pick a couple pecks of apples to take home with us. Hannah and Aaron got some quality time on their relatively new playground and even got some ice cream afterward. They had a bunch of educational booths inside from the UNL extension office, many of which having to do with bees and pollination (and making masks). There was a sampling of a dozen kinds of honey, which we got to try out. Then on the way home, we swung by Union Orchard for a couple apple donuts on the way home. 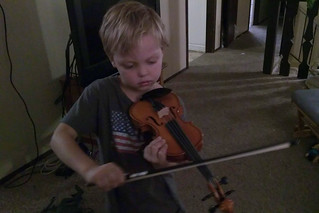 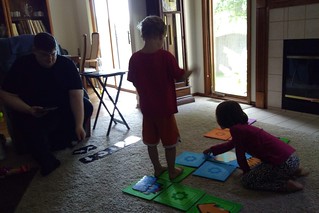 In other news, Aaron has been learning to play the viola through String Sprouts, a program from the Omaha Conservatory of Music. He’s only just begun, but he seems to know how to hold his viola and bow like a champ so far.

Vivian had a baby shower on Sunday, so I took the kids to mom and dad’s house for a while in the afternoon, primarily to try out the “Let’s Go Code” game Uncle Jonny gave Aaron for his birthday. Our biggest challenge was keeping the kids following the rules, but it was fun just to get them to try it out.

Then we had some delicious ribeye steaks for dinner.