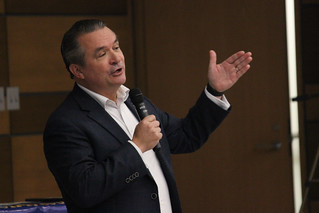 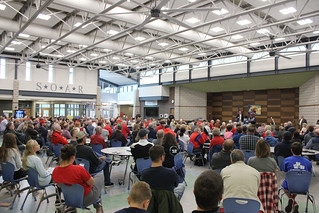 Bright and early Saturday morning, Don Bacon held another feisty town hall, this time down at Liberty Middle School in Papillion. There were about 250 people in the cafeteria to hear Don talk, split around 50/50 Republicans and Democrats (and a few troublemakers), if my estimation of cheers and boos is correct. Many of the left-wing agitators who couldn’t get into his last town hall seemed to be there, jumping to their feet and yelling at Don before he was even done with his opening remarks. Things calmed down a bit once L. James told these guys they’d have to pipe down or be asked to leave, but they still made their grievances known throughout Don’s hour-long Q&A session.

A lot of the discussion was about impeachment and how Don wouldn’t put “country over party” by simply siding with the Democrats to overturn the 2016 election, but he still got in a few good words on the economy, health care, and other issues people in his district are actually concerned about — particularly “finding common ground.” 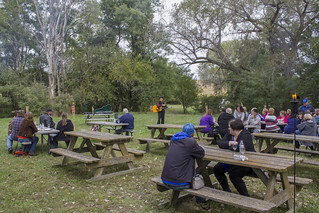 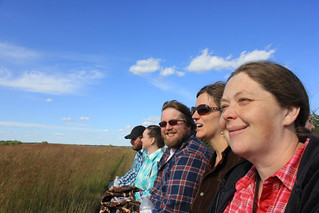 Then on Sunday afternoon, I took Vivian down to James Arthur Vineyards to enjoy one of her birthday presents from the week before — a steak luncheon and a hayrack ride with some of our friends. The guys at JAV grilled up rib-eyes over a swinging grate above a campfire for everyone, and we ate and sipped a little wine as local musician/storyteller Chris Sayre played music (on strings and a saw) and told a ghost story or two. (There’s apparently an apparition named Chris who haunts the winery by leaving the lights on.)

After lunch, the gray skies cleared up and we got a tour of the vineyards via hayrack, puttering around the countryside to see the rows and rows of grapevines and apple trees. When this event is held in the evening, it’s a “haunted hayrack,” which apparently has some apparitions that don’t appear in broad daylight.  so we only got to see a few excitable donkeys (and other creatures) on our way back to the lodge, where we hung out for a bit before heading out. 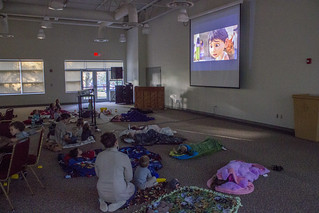 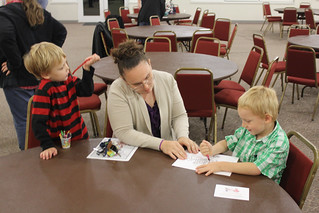 Grammy watched the kids in the meantime, and around dinnertime she took them by First Presbyterian for a movie night, where they got to have some hot dogs and nachos before watching the Pixar movie Coco. Vivian and I joined them for most of the movie before it wrapped up with coloring and running around before bedtime. 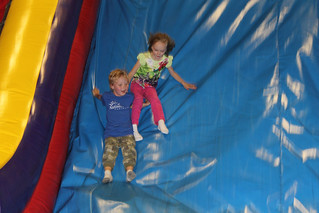 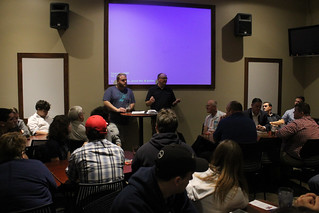 Things stayed nice and busy on Monday, as Vivian took the kids down to Pump It Up for another evening of fun and slides for the kids — hopefully burning off more energy before bedtime.

I dropped by to join them for a little bit, and then I headed down to La Vista for a meet-up with a bunch of liberty-minded folks at Pizza West. Stephen Bader put the meetup together with Jon Tucker and spoke about pushing the Republican party in a more libertarian direction. There were a couple dozen guests, including my old state Senator Tommy Garrett, Millard candidate Andrew Sakalosky, Sarpy county commissioner David Klug, and even Matt Tompkins from 1290 AM. I was particularly glad to see how many young people were getting involved — there’s definitely a place for liberty in the next generation of voters.