It’s been a quiet week, and it’s starting to feel a little more like fall, which I’m hoping will mean a few barbecues and fire pits before the snow starts coming. Over the weekend, I gave my parents’ lawn a good mow, and my dad gave us a rack of ribs for dinner, which he’d smoked on the patio all Saturday. 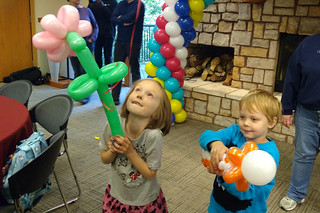 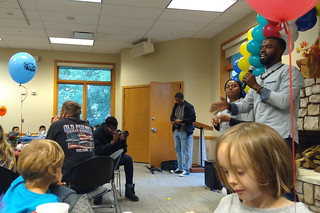 On Sunday, we took the kids to the Fontenelle Forest for dinner with a group called Our Gathering Place, which is “a mobile monthly community dinner for families with special needs” (and specifically autism). It was a fun little event with food for everybody, as well as balloons, painting, and the usual nature-related activities they have downstairs at the nature center. There were even a few prizes to take home afterward, which was very nice. I only wish we’d had time for a nice walk along the Fontenelle boardwalk, but we mostly enjoyed making some connections with other parents inside.

The event was put on by Kinesha Johnson-Roach, the wife of Jarell Roach, who visited Wildewood to do some comedy back in September, so we felt like we were among friends right from the beginning. 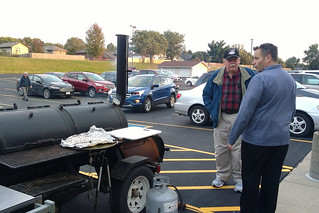 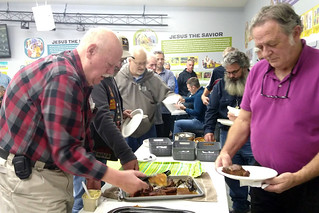 Then on Tuesday I attended another meet-up with my dad and the Men of God at Wildewood. We had another batch of boneless pork ribs and talked a bit about fellowship, particularly the direction the men’s group would be taking in the future. It seems bonding over food is a part of human culture that goes unrecognized, particularly when it involves cooking meat — a tradition that must date back to our ancient caveman ancestors.

Which reminds me, we’ve got to break out the fire pit one more time before winter.