Merry Christmas, everyone! I hope you all had as wonderful a holiday as we did here. The Christmas season always seems so busy and stressful getting ready for the “big day” that it can be hard sometimes to remember how wonderful the day is once you get there. 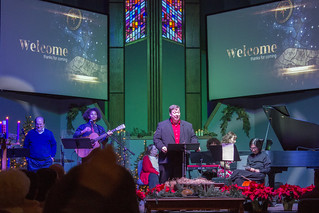 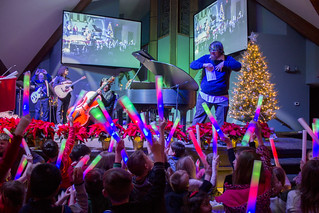 I worked half a day on Christmas Eve and then did some last-minute grocery shopping before hurrying home to start preparing food and things for Christmas Day.

Vivian and I took Hannah and Aaron to the 4:30 Christmas Eve service at Wildewood Christian Church. The place was absolutely packed wall-to-wall with near standing-room-only conditions by the time we arrived and got settled. We had an hour long service of scripture reading and Christmas songs, and then the kids were called up front to wave some special Christmas Light Sabers to celebrate the light coming into the world, per John 1:5. 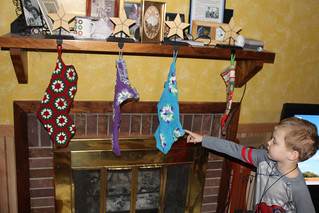 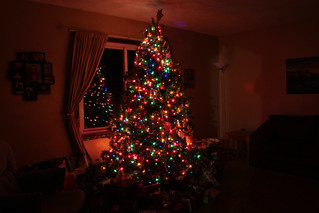 After the service, we headed home and had a lovely Christmas Eve dinner of beef and pork with Vivian’s folks. Then our kids got to hang their stockings and open a few special Christmas presents — their new 2019 Christmas Jammies and some new Christmas ornaments, which they immediately hung on the tree (with some help from daddy).

Once the kids were all snug in their beds, the grown-ups got to have some egg nog pie and spend a little opening “stockings” with one another, which included new ninja masks, beef jerky, and a talking boxing Trump pen for daddy. We were just about exhausted at the end of the night, but we spent a few last minutes getting the tree and presents all ready for the kids to discover at two in the morning. I also nabbed a few “beauty shots” of our glowing jewel (and the bunny ears) in the living room as the clock struck midnight. 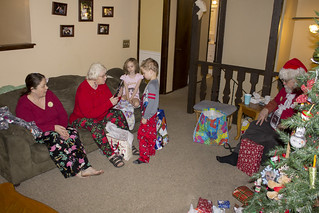 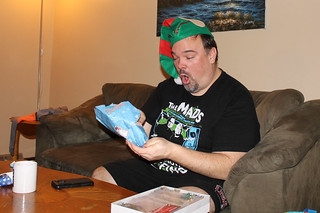 Christmas Morning came bright and early as the kids were up right at six,and mom and dad staggered behind to get the coffee going before opening presents. Among the loot were some reams of paper (for drawing), new dragon toys for Aaron, a FlipaZoo for Hannah, a new Chromebox computer for Jack, any number of food items for the grown-ups, and literal crap (i.e. manure) for Donna. Even our new guinea pig (whose name now seems to be “Harold”) got a gift or two on his first Christmas.

I also got some fun electronic gadgets like a wireless keyboard/trackpad for my Raspberry Pi and a WiFi AC outlet, which I’m currently using to annoy the kids by remote controlling our lamp. 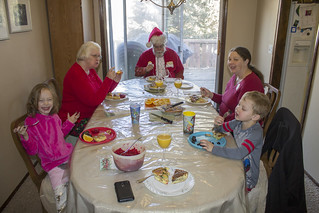 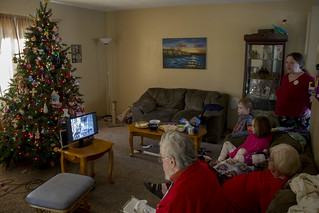 At some point mid-morning, we took a break as I made some quiche, which we ate together for brunch before opening some more presents. Things wound down for a few hours in the afternoon as the kids played with their new toys, and I got play Minecraft with Aaron and set up a new computer we got for Pop-Pop.

Then mid-afternoon, we showed a home video of Vivian’s 1986 Christmas with her family in Petaluma. I played the video on my Raspberry Pi in our living room with Jack’s new monitor, which gave me an excuse to try out my new “remote control” keyboard, which worked like a charm. Mommy had a plate of snacks for us in the meantime followed by some candy cane pie from Village Inn, just to ensure we didn’t go hungry for even one second on the way to Christmas dinner. 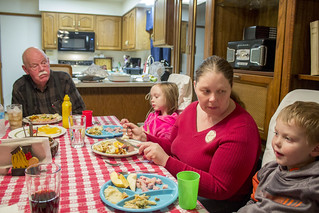 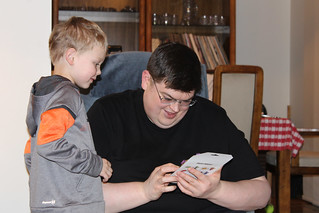 A little after four, I took the kids on a walk-walk to spend the rest of Christmas with my parents a block away, where dad’s lawn flamingos greeted us in all their festivity. It was a lively 56 degrees outside and barely cold enough for a jacket as we strolled on over as the sun went down. Vivian had brought over a ham earlier (i.e. my Christmas Bonus from work) for my folks to warm up in the oven, and I’d made a potato casserole that Vivian finished baking in the oven before joining us. Both Uncles Nathan and Jonny were also there to join in dinner, with Nathan bringing along some vegan penne pasta that wasn’t nearly as bad as he said it was.

We ate and then spent some quality time opening even more presents afterward, which included a variety of gifts the kids bought at Dollar Tree for everyone along with more toys and drawing utensils for Hannah and Aaron. The big item of the night was a KitchenAid mixer for Vivian, which I’d managed to keep secret and hidden for the most part at my parents’ house and only brought out once all the other gifts were open.

We finished off our holiday with pie (mincemeat and pumpkin) before heading back home to crash. The kids were remarkably happy and well-behaved all day, which was a joy to see. As for mommy and me, I think I may take an extra day or two off from work next year to clean house and recover from of all of our Christmas cheer.