It’s been another year full of fond memories and good food. I’ve taken a look at the memorable things we’ve had to eat throughout the year and narrowed it down to this top ten list for 2019. 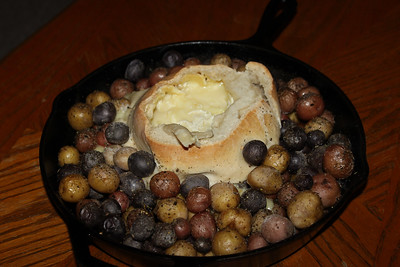 Vivian prepared this little wonder in her cast iron skillet, which consists of four blocks of camembert stacked on top of one another and baked inside a pastry crust, surrounded by baby potatoes (for dipping). I’m not actually fond of camembert, but it was a delightfully fun thing to bring out at our cheese party this year. 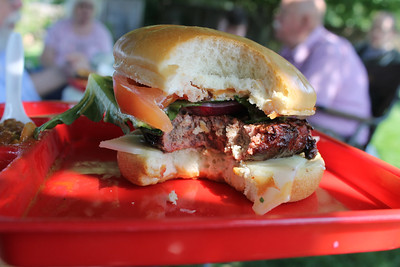 My dad absolutely loves his smoker, and all throughout the year he’ll be smoking one thing or another for us to eat in his backyard. Though I love ribs, my favorite smoked treat this year were the hamburgers grilled Labor Day weekend, which were smoked so thoroughly you can see a “ring” around the meat when you take a bit out of it. This was a burger that tasted more like a steak. The best part, however, was being able to eat it after a mere ten-minute walk from our house with the kids. 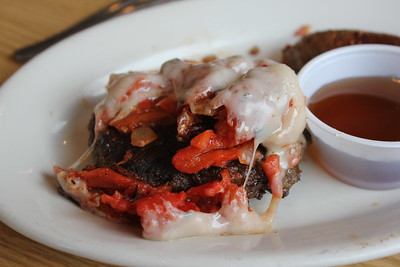 Among the many restaurant casualties Omaha suffered this year, Amato’s was one of the hardest. We’d gone there for ricotta pancakes and homemade sausage many, many, many, many, many, times in the past, often because they’re right around the corner from where I work. The last time I ate there with Vivian, we decided to get “polpetti” along with our meal, which was a kind of meatball covered with cheese and red peppers. It was tasty enough we bought some of Amato’s breadcrumbs to make some of our own after they closed. 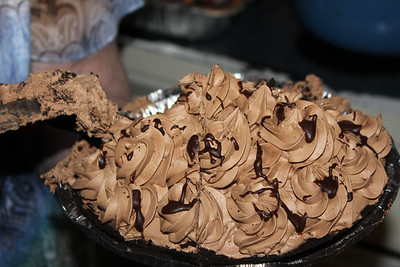 Absolutely decadent, from the whipped chocolate cream topping to the Grand Marnier soaked into the cake itself, this cake was absolutely amazing. Nothing quite says “I love you, mom” than a chocolate pie like this. 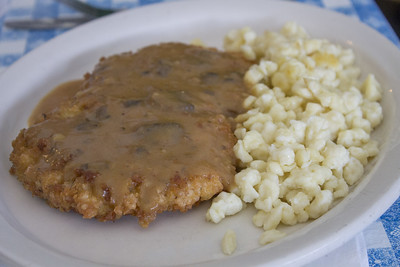 Another restaurant we were sorry to lose this year was the legendary German restaurant Gerda’s. I’d been there a handful of times before, and every time was a treat, but I always liked their breaded pork schnitzel and späetzle. It was a shame to lose this place.

As I understand, when Gerda passed away, the new restaurant regulations that her restaurant had been able to avoid by being “grandfathered in” were about to take effect, and they couldn’t afford to pay for all the upgrades needed to comply. 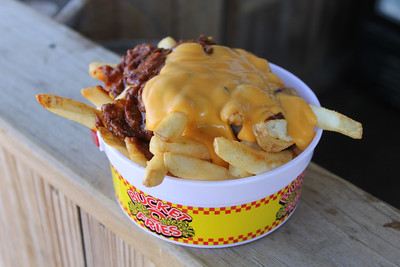 A visit to Vala’s Pumpkin Patch is usually a very long and exhausting day walking from one end of the park to the other with the kids, checking out every attraction along the way. Down by the corn bin (next to the jumping pillows) is a stand where you can buy a “bucket o’ fries” for a few dollars, and add chili and cheese for a few more. Most of the food at Vala’s is fairly expensive, but this is an affordable mid-day energy boost, quite necessary before hurrying on to the pig races. 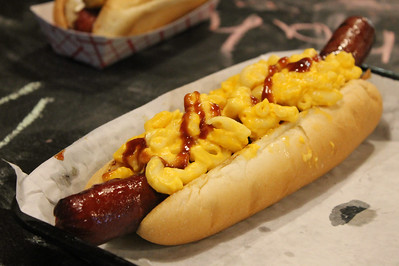 This year, Bellevue lost a charming little place called B&B Grill and Arcade, which was like a down-scaled Dave & Buster’s with video games and a variety of hot dogs and deep-fried appetizers. The food was all creatively-themed junk food, but the noisy experience combined with video games made this place particularly special. And what better way to eat a one-pound hot dog than with by slathering it with macaroni and cheese? 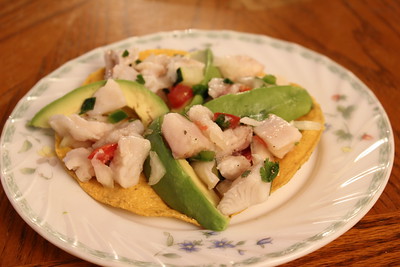 Making the list once again is my homemade ceviche, which i made up for Cinco de Mayo. It’s not terribly difficult to make, but oh my goodness it’s the best thing to happen to raw fish since sushi.  Vivian and I together devoured an entire two pounds of the stuff while watching the Three Amigos, and we probably had room for more. 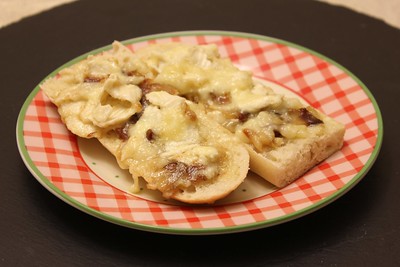 Vivian and I stayed up late on a chilly evening to see a rare blood moon total lunar eclipse back in January, where a full moon was devoured in shadow and then turned ominously red. It was bitterly cold outside, and nothing could warm us up better than roasted garlic and baked brie on a baguette, which Vivian and I enjoyed in every bit of its gooey goodness in-between the stages of the eclipse. 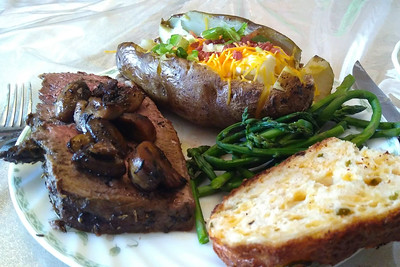 Looking back on 2019, my most favorite food was the dinner Vivian and her mom prepared for Jack and me on Father’s Day. All my favorites were there — prime rib with mushrooms and garlic, a loaded baked potato, roasted asparagus, homemade cheddar jalapeno bread, and shrimp salad (off to the side). There were so many things I liked to eat all at once they couldn’t all fit on one plate (or in one picture).

This was a particularly happy Father’s Day for food, which included burgers with my dad the day before (and another burger for lunch at Don & Millie’s on Sunday). Nothing can quite compare to this meal, however, which happily sits at the top of the list.

I’m already getting hungry looking forward to 2020.
Bon Appétit, everybody!