Christmas is a week away, and that means we’re counting down all the various annual events and traditions on our way to the Big Day. 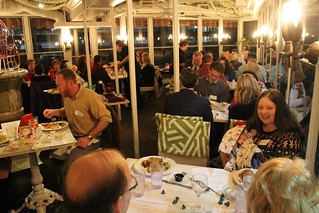 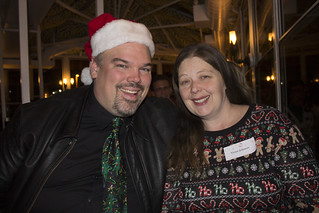 First up for the Institute’s annual Christmas Party, this year held down at Wheatfield’s at One Pacific Place. It’s the one time out of the year Vivian gets to mingle with many of the folks I work with all year ’round. Vivian also got to meet my co-worker’s new baby, who will be hanging out in our workplace for the next year or so. Of course, we also had dinner followed by dessert (but not Grinch Cookies) and some music from the talented Stephen Tefft in-between. Dr. Hilgers said a few words as well and handed out work anniversary plaques, per the norm.

I’m reminded every year how nice it is to work somewhere that not only has these kinds of festive events but also has employees who genuinely seem to enjoy participating in them. 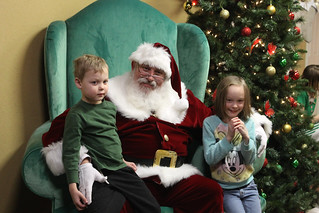 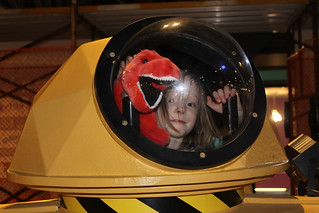 Then on Sunday, we dropped by the Children’s Museum so the kids could spend a few minutes with Santa, along with Rudolph, an elf and an Ice Queen (definitely Not-Elsa, per Disney’s lawyers). Hannah and Aaron got to see the usual exhibits afterward, such as the balls and the animal slides, but they spent most of their time in a weird hybrid exhibit upstairs that combined dinosaurs and construction equipment. That meant they played inside a prehistoric shark submarine, dug for fossils with bulldozers, and decorated a gingerbread house… because I guess that’s construction related? I’m not even sure. In any case they had fun, and we stayed all the way until closing time.

We’ve had a few hints of a White Christmas so far, but nothing major for snow other than some hazardous, slippery roads. We’ve still got a few more stops before Christmas Day, though, so hang on until then. (And get your shopping done!)