Hello, 2020 — a New Year, a New Year, and a new season of writing on the wrong year on everything. Seriously, it’s going to take a while for 2020 to sound more like a real-life year and not a TV show. 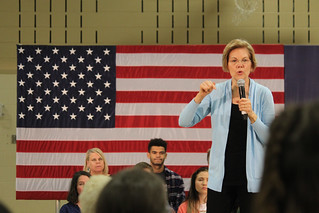 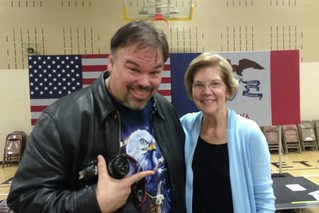 Somehow, we ended the year in the same way we started it — with a visit from Senator and Presidential Candidate Elizabeth Warren. I’m honestly surprised she’s still in the race, considering the gaffe claiming Native American ancestry. She’s one of the farther-left candidates on the Democratic ticket, which is a shift from her earlier days when she supported such things as school choice. She’s still one of the front-runners, however, so I joined a couple hundred people at Woodrow Wilson Middle School to hear her talk about teachers’ unions, climate change, and other Democrat issues. (Strangely enough, she didn’t once mention Donald Trump or the impeachment, which was something of a surprise.)

Her husband Bruce Mann was also in the crowd, which seemed a mix of older folks, families, and young people. Sen. Warren also seemed to make a point of making time for “selfies” after her Q&A session, which at least half the crowd of around 300 stuck around for. It was interesting to see how many people were getting selfies before the event started. Unlike most folks in the crowd, however, I wanted to get a question on video rather than a selfie. Her staff didn’t seem sure hat to make of that (and seemed a bit suspicious of me), and they insisted on holding my phone for me when I got up to meet Sen. Warren. Was going to ask if she’d appear on the show of her former student, Ben Shapiro, but I decided to ask a softball supplied by my daughter Hannah and asked about Warren’s kids instead. You can see a video of that here.

It’s always a bit of a thrill to meet the Presidential candidates I hear about on my daily podcasts, even if I’m not planning on voting for them. In about a month, they’ll all be gone! 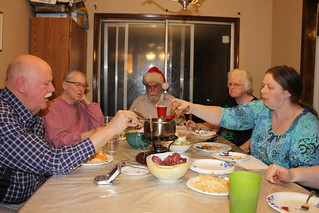 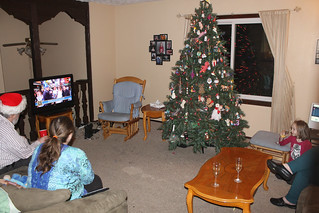 Then on New Year’s Eve, we celebrated the only way we know how — with lots and lots of food! We made some homemade corn dogs with a corn dog maker unearthed from our basement, along with some frozen fruit smoothies using a smoothie maker Hannah got for her birthday. My folks (and Uncle Jonny) came by a little later and got to meet Harold the Guinea Pig. They brought along a fondue set and some sirloin steak to cook in boiling canola oil, which was quite tasty. We also sampled some unique cheeses I’d gotten from Aldi, which included an “ash” brie and Borgonzola.

After my folks left, Hannah played Trouble with Mommy and Grammy while waiting for midnight. Jack and Donna joined in and stayed later for a cheese fondue that Vivian cooked up for us. Hannah stayed up late as well, having fun dipping things in the cheese fondue and serving them to us rather than eating them. We had the TV tuned to the ball drop in New York City and then toasted the New Year when they replayed it for the Central Time Zone, ringing in a new year and a new decade. 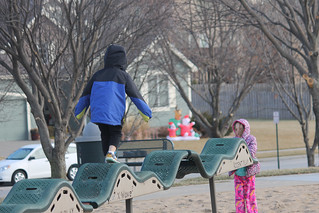 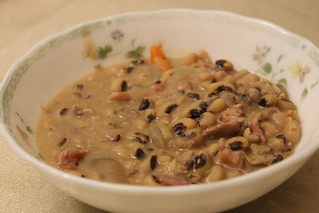 We slept in on New Year’s Day and then had a mostly quiet day cleaning up and then playing at the park with the kids. It was warm enough for them to have an hour or two to run around the Sandy Park before Jack and Donna came over to our house for dinner. Jack brought a black-eyed pea soup made with leftover Christmas ham (specifically the bone), which we had with a table full of hors d’oeuvres (hooray for meat roll-ups).

Now that the holidays are officially over, we’re going to have to start taking down our decorations and thinking about all the things we can expect in 2020 — fun and otherwise. Happy New Year, everybody!