So, how’s COVID-19 treating you and your family these days? The sheer number of things that have been shut down in a week is just staggering. A week ago, I was taking Hannah to her Wednesday night church group without a second thought. If you read my blog, you can see every entry has some activity where we’re around ten or more people at one event of another.

Now, we can’t go anywhere with ten or more people and every church, restaurant, and public facility is shut down. We’re still making the most of this downtime, but it’s still hard to come to grips with so much of the world being turned upside down. 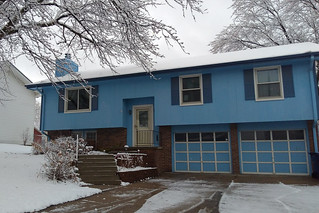 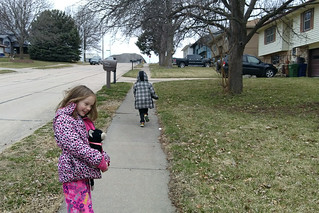 We’d planned on going to a St. Patrick’s Day parade on Saturday, but it was cancelled, so I went out with my folks to breakfast at First Watch instead, hoping to get in one last meal in a sit-down restaurant before everything became take-out only a few days later.

We also got a bit of a freakish, mid-March snow in the meantime, leaving us with a frosted winter wonderland for a day or two. With all group activities cancelled, we’ve been taking the kids on a few extra walks outside just to get some fresh air — one thing that hasn’t been restricted by any guidelines from the CDC. 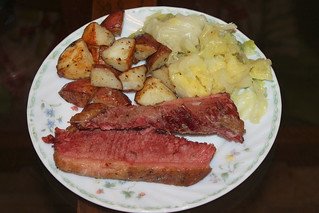 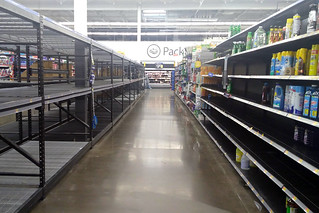 St. Patrick’s Day was similarly low-key — we got some corned beef and cabbage with red potatoes for dinner, but shopping has become a bit of a thrill ride. Every other store seems to be completely out of something — not just the famously impossible-to-find toilet paper or hand sanitizer but now pasta, canned tuna, bread and even milk can often be completely cleaned out of one store or another. Hearing rumors about a two-week lock down that included grocery stores (which later turned out to be Fake News) spurred me to fill an extra bucket of emergency food just in case

We’ll soon have to figure out some creative ways to have fun with ten or fewer people at a time, just to avoid cabin fever as we’re busy avoiding the Corona Virus. Fortunately, we got a head start on this schooling-from-home thing long before it became mandatory for everyone.