We kicked of Lent last week with a fun and busy cross-section of activities that included politics, a fish fry, and plenty of time outside enjoying some spring-like weather. 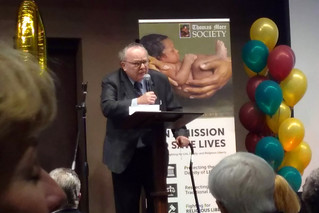 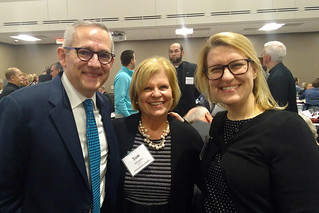 On (Fat) Tuesday night, I got dressed up to attend the Thomas More Society dinner at St. Vincent de Paul Parish Center, courtesy of the Saint Paul VI Institute, which bought a whole table for me and my co-workers. I knew almost nothing about the Thomas More Society beforehand, and I got hear from founder Tom Brejcha talk about their legal work defending pro-lifers — particularly their right to protest.

The keynote speaker for the evening was David Bereit, founder of the 40 Days for Life campaign. He actually had a surprising connection to the Saint Paul VI Institute — his wife was actually treated for infertility by Dr. Hilgers many years ago and had two grown children now thanks to him. That was certainly surprising news to everyone at our table.

It was a lovely evening, and I even got to take home a tiny Mardis Gras mask for Hannah’s doll in honor of Fat Tuesday. 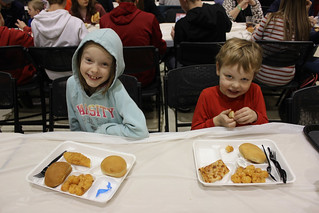 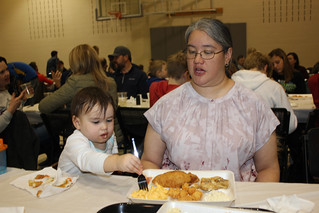 Ash Wednesday kicked off that Lenten season, and that means it’s time for fish fries! Our friends the Simpsons invited us along with them to St. Charles Borromeo for their annual fish fry. It was the first time our kids have had the “full line experience,” but they got to run outside a bit and then played a keep-away game with mommy as we shuffled our way through the line waiting to dish up.

The fish itself was probably the best of all the fish fries I’ve attended — fried fresh, crispy and golden — and even Hannah wound up stuffing herself with a filet or two. (Gabriel helped himself to his mom’s mac and cheese.) 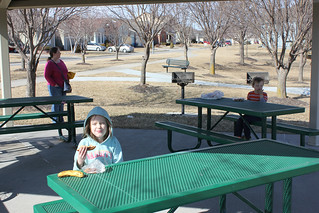 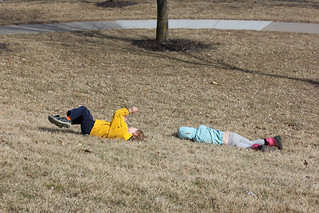 Vivian and I had a night out planned on Saturday, so we made a point of getting the kids outside to enjoy some of the lovely 60-degree weather. We had a picnic lunch in the shelter together and then burned off the PB&J on slides, the teeter-totter, and rolling aimlessly down the hill. Hannah also brought along her doll “Suki” to chase Aaron around the playground in-between rounds of play-fighting. 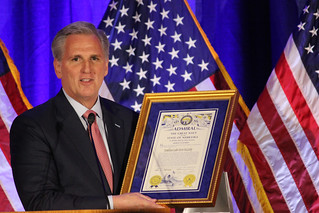 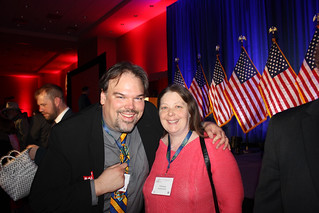 Then that evening, Grammy watched the kids as Vivian and I dressed up and headed off to the Elephant Remembers dinner downtown. It’s the second time we’d been invited to this annual gala fundraiser, which meant we got to rub elbows with some of the typical Republican friends I bump into at town halls or parades (looking at you, Stephen). Scott Voorhees played emcee, and introduced a chain of speakers, such as Mayor Jean, Mike Foley, Ben Sasse, and Don Bacon. The keynote speaker was House Minority Leader Kevin McCarthy, who gave an stump speech about entering politics as a young man and his optimism about Republicans taking back the house in November. McCarthy received a few gifts before he left the stage — a bottle of whiskey from local distiller Soldier Valley, and an plaque naming him Admiral of the Nebraska Navy (an apparently annual joke I have yet to understand).

The honorees of the evening were Lee and Robyn Terry, and there was a nice table of Terry campaign memorabilia set up in the lobby for everyone to see as they came in. Bacon’s wing-man James Wright introduced Lee and Robyn, who both said a few words before being awarded a Nebraska baking pan by DCRP chair Theresa Thibodeau. There was one more award to Young Republican Spencer Head and a few words from Bacon’s second-in-command Kyle Clark to wrap things up. Naturally, plenty of folks stuck around to meet-and-greet a few of the speakers (and get photos), and I got to briefly shake McCarthy’s hand and told him I looked forward to him being the next Speaker. I also wound up taking a group photo of the Terry Team on my way out the door — always happy to lend a hand with my lens whenever possible. 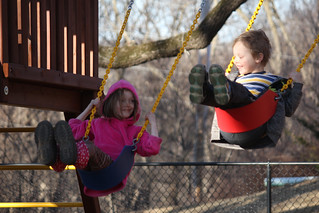 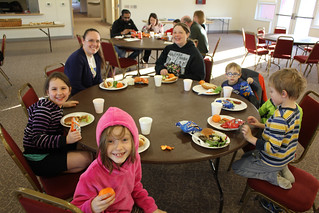 We had a nice and quiet Sunday, unexpectedly bumping into our friends the Lenarts at church over donuts. Then that evening we took the kids by First Presbyterian to play outside (and let Hannah try out her scooter) in the gorgeous weather before enjoying another one of their movie nights. This time it was 101 Dalmatians, a Disney classic I’d actually never seen, which we watched while eating Hot Dogs, sloppy joes, and Scooby Snacks of all things. They had some fun crafts afterward that included Dalmatian head bands, and Hannah made her own Dalmatian out of Play-Doh before we called it a night.