It’s been a remarkably quiet week, with some lovely early spring weather that we’ve been enjoying as we hunker down and try not to get an unexpected case of COVID-19 (which seems to be tiptoeing its way into Nebraska). We were able to give our friends Nate and Lexi a night out for their anniversary by letting their kids play at our house for a couple hours Friday night, which I think was fun for everybody. 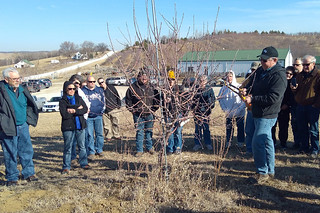 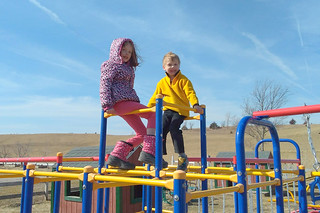 Then on Saturday morning, I headed off to Ditmar’s Orchard with the family to learn how to prune a fruit tree. A guy with the Nebraska Extension office was there to show us the subtle art of clipping off tree branches, specifically picking off the ones that were likely to run against each other or cause potential problems, leaving us with enough “holes” to “throw a farm cat through.” In the meantime, the kids got the play area of Ditmars’ all to themselves for an hour or two before we headed home.

The rest of the weekend’s been fairly uneventful. I was able to clean the garage during the nice weather and then seemed to come down with a cold just as we lost an hour of sleep on Sunday. The kids got an extra hour of daylight, which they spent at the park, in the backyard, and chalking up a maze on our driveway. Good times.