It’s been another quiet week in quarantine, though we’ve been able to find excuses to get out of the house and enjoy some fresh air as more and more of our daily go-to activities seems to be getting locked down. 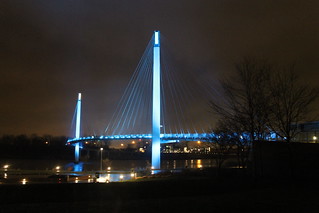 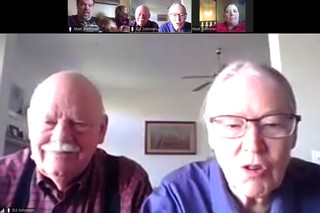 On Thursday last week, Omaha “lit it up blue” for autism, so Vivian and I took the kids for a drive to check it out. They were fairly underwhelmed, as seeing the Woodmen Tower and the pedestrian bridge lit in blue lights wasn’t quite the thrill they were expecting — at least not with the cold and drizzling rain (which turned son to snow) that kept us inside the warm car. We got a dusting of snow the next day that made roads slippery and wintry again, but it was vaporized within days once the temperature broke 80 again.

We’ve been getting a lot more use out of the teleconferencing app Zoom as well. We attended bible studies at church both on Saturday and Tuesday using Zoom, and we also let the kids say hello to Grandma and Grandpa again on Saturday morning. 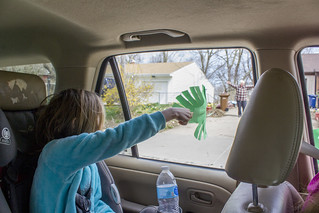 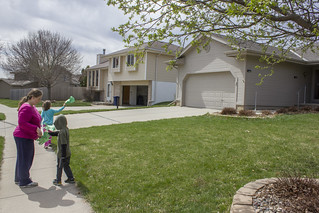 On Palm Sunday, we decided to take the kids for a ride around the neighborhood with some homemade palm fronds, which we waved our friends the Mills and Campbells as well as Grammy and my parents, shouting “Hosanna” from an socially distant six feet away (at least).

It was a good enough excuse to get out of the house, and we celebrated later with some German chocolate cake courtesy of our across-the-street neighbor Betty and some homemade pizza. 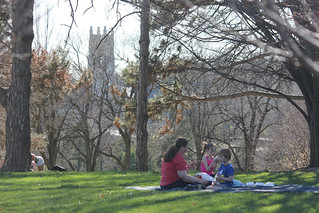 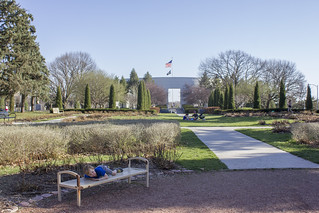 Then on Tuesday, we continued celebrating Take Out Tuesday with a trip to Golden Mountain for some Dim Sum (steamed pork and shrimp dumplings and Vietnamese spring rolls). We ate picnic style down at Memorial Park, up by the rose garden. I was hoping for more than just a few blossoms, but it was a gorgeous day with temperatures that broke into the 80s, and it felt good just to get out and let the kids run around (literally), climb a tree, and pay our respects. Loads of other people came by to enjoy the park as well — more than a “no parking” sign would allow for, at least. Now the city of Omaha has announced all parks are being shut down through the end of April, so I guess I should be glad we enjoyed it while we could.

Then on Wednesday we decided to celebrate the Last Supper on Wednesday with some kosher wine and unleavened bread. Next stop: Easter!